American Gauff finds her voice amid protest over racial injustice 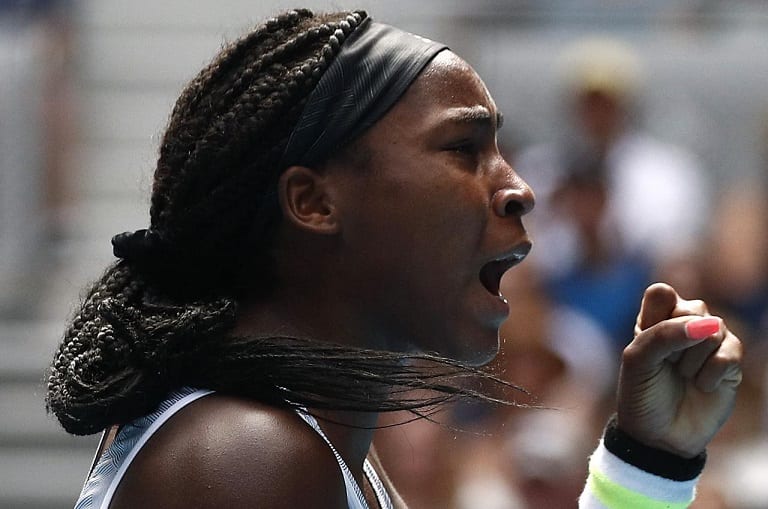 American tennis prodigy Coco Gauff says she finally found the right words to speak out against social and racial injustice after appearing at a Black Lives Matter protest rally.

Outspoken on social media, Gauff has released videos protesting against killings of African-Americans in the U.S. amid widespread outrage following the death of George Floyd, an unarmed Black man in police custody in Minneapolis.

But the 16-year-old’s most notable contribution came through a speech during a peaceful protest in her hometown of Delray Beach, Florida in June.

“I was talking off the cuff and was really nervous,” Gauff told a virtual news conference on Sunday. “But the message gets through when you’re speaking from your heart.

“I definitely think George Floyd opened a lot of people’s eyes but I feel this topic has been close to me ever since I was a kid.

“I was finally able to put it into words because to talk about this issue you need to be educated on the topic.”

Gauff spoke at the rally after her grandmother Yvonne Odom, who was the first black student at her high school in 1961, addressed the crowd.

“I’d say I felt calm because of my grandmother. She’s taught me a lot over the last few years,” Gauff said.

“My grandmother was the first to integrate high school in Seacrest, Florida, so I’ve learned from her stories.”

Gauff, who rocketed to fame by beating her idol Venus Williams at last year’s Wimbledon, returns to action for the first time since the coronavirus shutdown at the Top Seed Open, which begins in Lexington, Kentucky, on Monday.

She will be joined by Venus, Serena Williams, Sloane Stephens and Victoria Azarenka in a strong field.

“Obviously, I missed competing but I think it was a good little break for me as I still consider myself in a developmental stage,” Gauff said.

“I got to work on a few things and now I’m really excited to get back on court.”