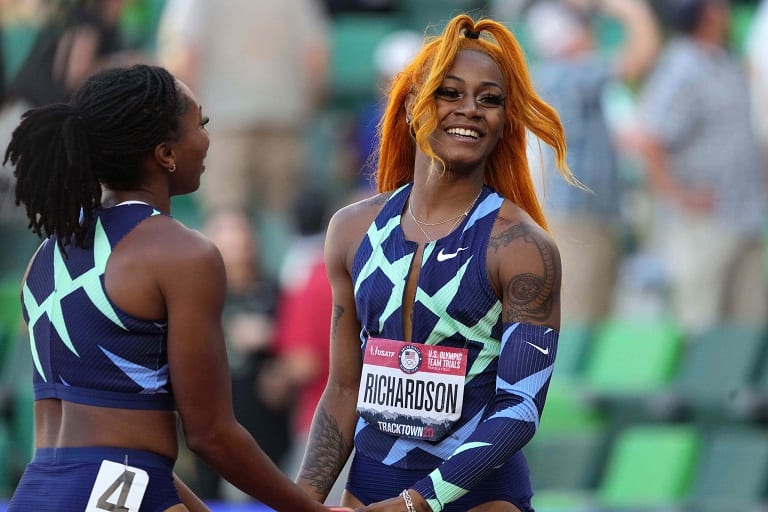 American sprinter Sha’Carri Richardson has accepted a one-month suspension after testing positive for cannabis, the United States Anti-Doping Agency said on Friday, ruling her out of the 100 metres in Tokyo although she may yet be able to run in later relay events.

The positive test came at the U.S. Olympic trials last month where Richardson established herself as a gold medal contender by winning the 100m in 10.86 seconds.

“The rules are clear, but this is heartbreaking on many levels; hopefully, her acceptance of responsibility and apology will be an important example to us all that we can successfully overcome our regrettable decisions, despite the costly consequences of this one to her,” USADA CEO Travis Tygart said.

Richardson said in an NBC Interview on the Today Show on Friday that her action came during the trials while she was dealing with the news of the death of her mother.

“Like I tweeted yesterday, I’m human. We are human, I want to be as transparent as possible with you guys whether it’s good, whether it’s bad,” the American sprinter said.

A 30-day ban backdated to the time of the adverse result could leave Richardson clear to race in the 4x100m relay at the Olympics in the first week of August, if she is selected by USATF.