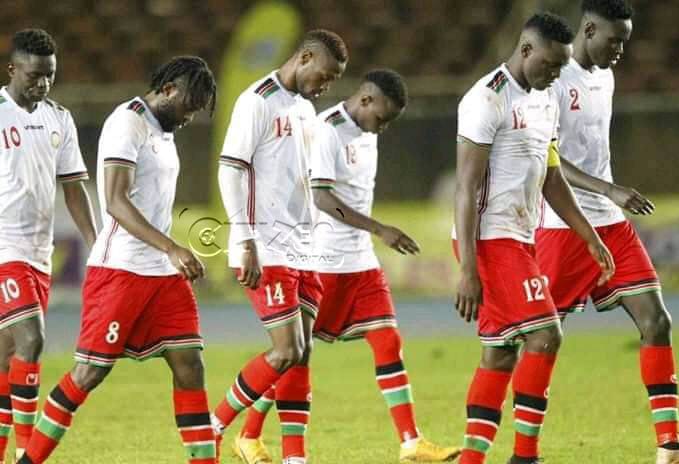 Over the last about five years there are names that have been permanent fixtures in the Kenyan national team for every important assignment, surviving every coaching regime change.

Reflecting from the time Stanley Okumbi took over from Bobby Williamson in 2016, Victor Wanyama, Ayub Timbe, Johanna Omolo, Eric Johana and Brian Mandela have consistently made the list.

Even after Okumbi was replaced with Belgian Paul Putt, the trend continued. It was the same with Frenchman Sebastien Migne and Francis Kimanzi up to last year.

Even the incumbent Jacob ‘Ghost’ Mulee was not quick to change things in his first two assignments late 2020, against Comoros as Stars lost a glorious opportunity to add significant points in their 2022 African Cup of Nations (AFCON) qualifiers.

But last week, Mulee broke the trend and omitted the five as he released his 25-man squad for the Egypt and Togo clashes, set for Thursday and Monday in Nairobi and Lome respectively.

Also axed was goalkeeper Arnold Origi, who had returned for the Comoros double header after five years absence.

While reports have emerged from ‘outside’ quarters explaining the omission of the likes of Wanyama and Timbe, Mulee has avoided the talk about the seemingly radical changes he is effecting in the team.

A keen observer notes the veteran coach mentioned quality, form and previous performance. Mulee has several new call ups from local clubs in his final squad for the two ties, pointing to a leap into the future.

Simply put, there is a major transition Mulee is up to in the team, whose timing and effectiveness only time will tell.

In the goalkeepers department, James Saruni of Ulinzi Stars and Joseph Okoth of KCB join Zambia based Ian Otieno, with Patrick Matasi who was the main man during the 2019 AFCON qualifiers and the tournament proper also axed.

‘Team for the future’ 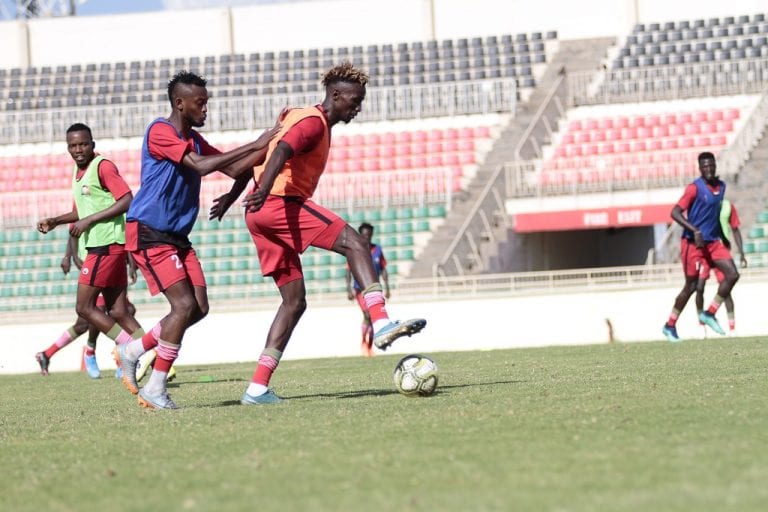 While Saruni has been summoned before only failing to make the final squads, Okoth is a fresh face in the team. Harun Mwale and Nahashon Alembi of Ulinzi and KCB respectively are also new faces Mulee has retained, as well as Baraka Badi who had been tried by Kimanzi before his exit.

Daniel Sakari (Kariobangi Sharks), though called up before, had not been finding space in the team whenever the overseas based legion showed up but is now in Mulee’s plans.

Teenager James Mazembe (Kariobangi Sharks), Kevin Simiyu (Nzoia Sugar), Danson Chetambe (Bandari FC), David Owino are newcomers also in contention for starting roles in the midfield while Kenyan Premier League second best scorer Elvis Rupia highlight the changed striking force. Before Eric Kapaito’s injury on Tuesday, the two were in contention to start in the attack alongside captain Olunga, who takes over the armband from Wanyama.

Consequently, Kapaito who has enjoyed top form this season so far has been replaced by Gor Mahia’s Clifton Miheso.

“I’m not just looking at the Egypt and Egypt matches. We want to build a team for the future. I don’t believe that every foreign-based player is better than their local counterparts,” Mulee previously said, before his final squad decision that will be put to test against seven-time African champions Egypt on Thursday night.

The quite changed playing unit can be fairly termed as a second transition within the 2022 AFCON qualifiers, after that of the technical bench where Kimanzi, Zedekiah Otieno and part of their backroom staff were replaced after the opening two draws against Egypt and Togo.

Mulee, will be under pressure to deliver a draw if not a win against Egypt, going by the standards set by Kimanzi considering the away draw.

While local fans are still discussing the transition in the team, Egypt are in Nairobi with all the familiar names included. In the first leg played in Alexandria which ended in a 1-1 stalemate, Liverpool Star Mohammed Salah who missed is now back to lead the North African powerhouse goal-hunt. 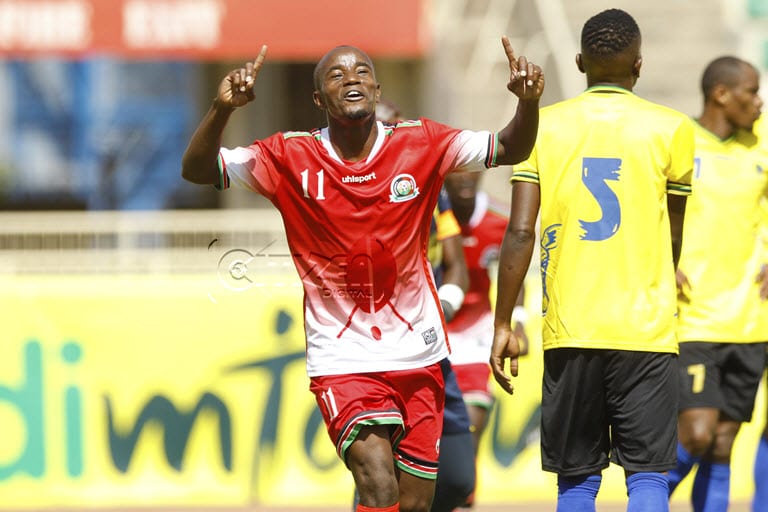 In fact, he momentarily stole the show at the Jomo Kenyatta International Airport on Tuesday night when the Egyptian team jetted in as the few staff and passengers around tried to grab a photo with him.

“If you look at the kind of game we are going to play, we will need a lot of character from the squad and that will be our key thing. Our attitude will also be very crucial ahead of such matches,” said Olunga, referring to the final two qualifiers.

With the changing face of the Stars, Olunga has taken the armband with such a sense of responsibility, knowing he has to lead a younger generation that will have to learn yet in such crucial assignments.

News that Sweden based Joseph Stanley Okumu picked up an injury in training means Mulee may be forced to partner Simba SC man Joash Onyango with Johnstone Omurwa at the heart of defence, while Kapaito’s injury and Miheso’s late inclusion signals the latter could be deployed on the left flank.

Otieno of Zesco United, who replaced Matasi in the first leg following an injury, is the favourite to start with Saruni also contesting for a start between the posts.

AIK’s Eric ‘Marcelo’ Ouma is the sure bet for the left-back role, while Kariobangi Sharks’ Sakari is primed to start as the right-back.

Mamelodi Sundowns’ Anthony Akumu is the favorite for the defensive midfield role, but can also feature as a centre-back as he has recently done at his Msandawana side if Mulee cared about Omurwa, Onyango partnership.

Kenneth Muguna of Gor Mahia is likely to do the creative midfield job, with Cliff Nyakeya and former Mathare United attacker Duke Abuya playing the support role in attack, Nyakeya from the right wing and Abuya behind the arrow man Olunga in the middle.

If not to send Kenya to Cameroon for the AFCON fiesta, a strong finish will mean new confidence for the rejigged side ahead of the 2022 World Cup qualifiers, which would be a soothing tune.

Meanwhile, the Pharaohs are set to have a feel of the pitch on Wednesday at 7pm, at the Moi International Sports Centre Kasarani where the clash will be staged.