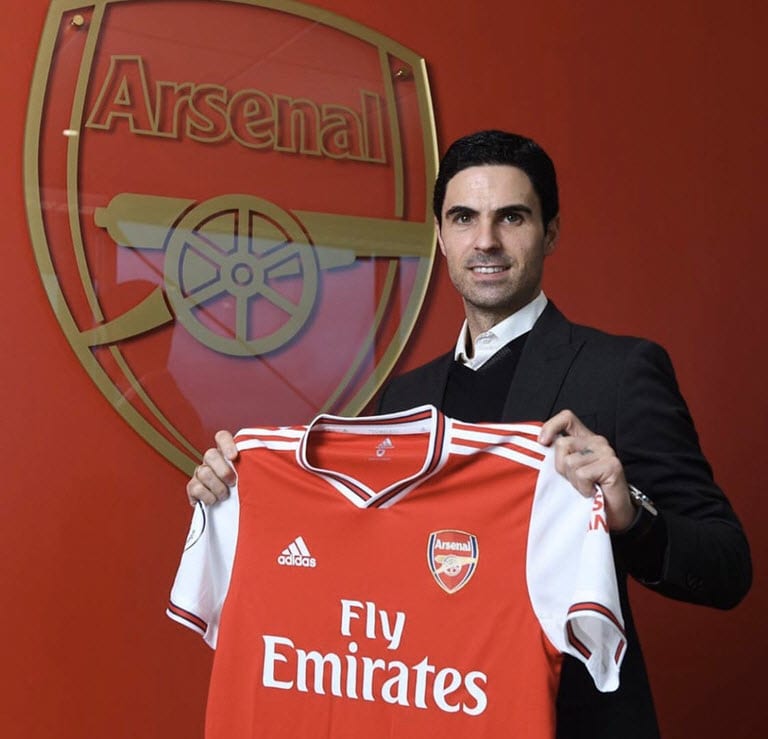 The 37-year-old won the FA Cup twice in a five-year career with the Gunners and succeeds fellow Spaniard Unai Emery, who was sacked in November.

Arteta had been working as a coach under Pep Guardiola at Manchester City, joining the club in 2016 after retiring as a player.

Arsenal are 10th in the Premier League with 22 points.

In an interview with the club’s website, Arteta said: “This is a huge honour. Arsenal is one of the biggest clubs in the world. We need to be competing for the top trophies in the game and that’s been made very clear to me in my discussions with Stan and Josh Kroenke, and the senior people from the club.

“We all know there is a lot of work to be done to achieve that but I am confident we’ll do it. I’m realistic enough to know it won’t happen overnight but the current squad has plenty of talent and there is a great pipeline of young players coming through from the academy.”

The club added that Mikel’s coaching team will be announced “as soon as possible”.

Josh Kroenke, speaking on behalf of the Arsenal board and our owners Kroenke Sports & Entertainment, said: “We’re delighted to be bringing Mikel back to Arsenal. He knows our expectations and those of our fans around the world are high and we are confident he can play a lead role in taking the club back to the levels we all demand.

“I also want to thank Freddie Ljungberg for skilfully guiding us through the last three weeks. He stepped up at short notice and has helped us through this difficult period with great professionalism.”