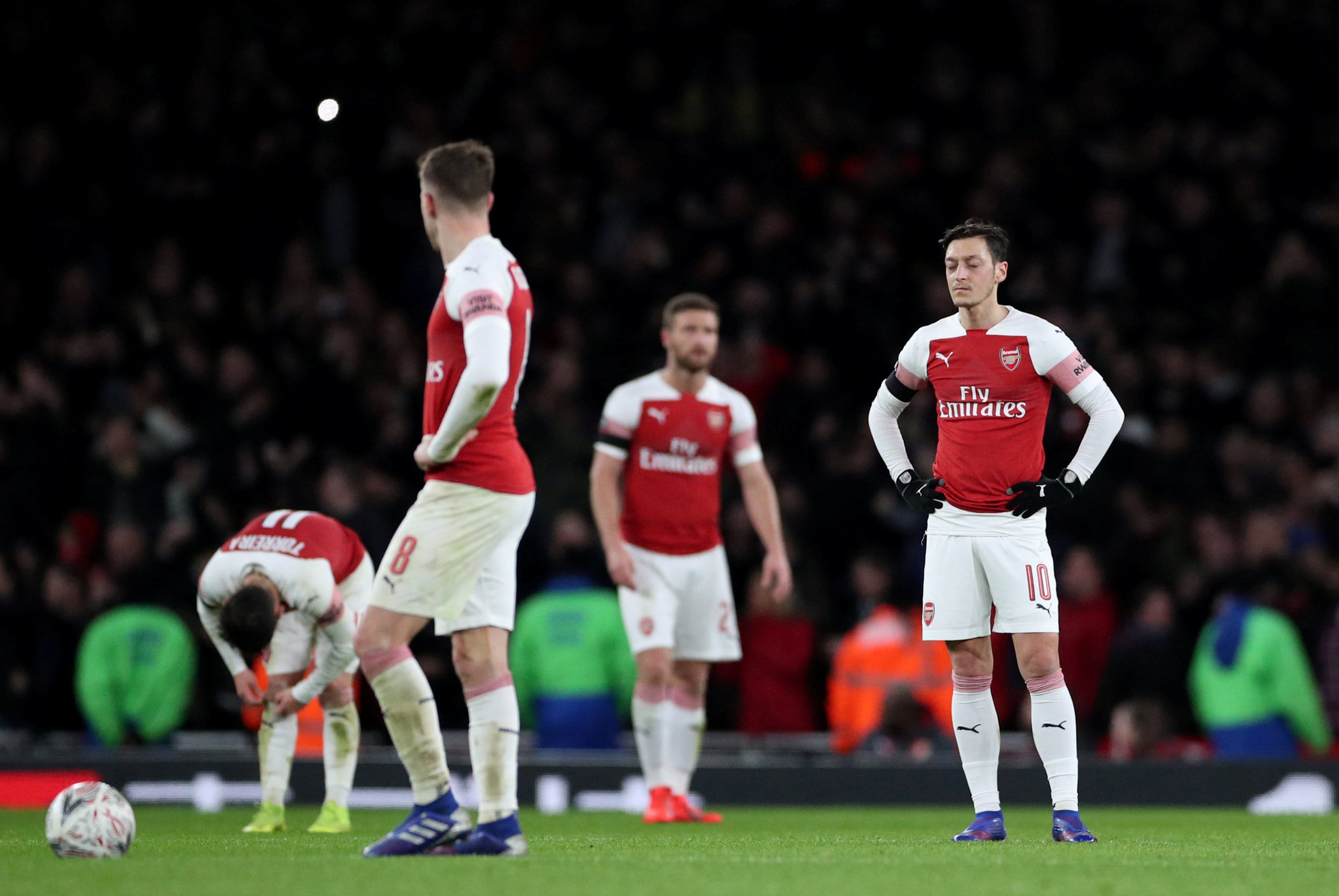 Arsenal face an injury crisis after a suspected broken jaw for captain Laurent Koscielny and ankle problem for Sokratis in Friday’s FA Cup fourth-round defeat by Manchester United left them with only one fit recognised central defender.

Manager Unai Emery was already struggling for options at the back before Friday’s 3-1 loss after cruciate knee ligament injuries ruled out two of his other defenders, Rob Holding in December and Hector Bellerin on Sunday, for the season.

Asked how bad the injuries were, Emery said: “I think this is not a big injury to Sokratis, it is his ankle, and Laurent Koscielny is going to the hospital to do the analysis.”

“Maybe he has broken here,” Emery added pointing to his jaw, “I hope not, but we have to wait.”

Emery also said the injury problems contributed to the defeat against a United side who have now won all eight matches under new manager and former player Ole Gunnar Solskjaer.

The visitors took a two-goal lead through former Arsenal forward Alexis Sanchez and Jesse Lingard before Pierre-Emerick Aubameyang pulled a goal back ahead of the break.

United substitute Anthony Martial wrapped up the victory with a late goal on the counter-attack at The Emirates.