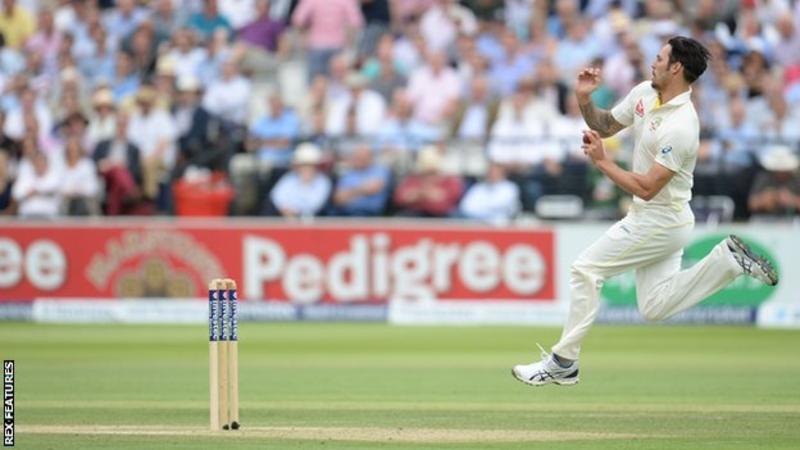 Former Australia paceman Mitchell Johnson, who terrified England during the 2013/14 Ashes series and captured 313 test wickets through a roller-coaster career, has retired from all cricket, the bowler said on Sunday.

Left-armer Johnson retired from internationals in 2015 but remained a useful bowler in Twenty20 competitions, including for Perth Scorchers in the Australian ‘Big Bash’ tournament.

He struggled with a back injury while playing for Kolkata Knight Riders in this year’s Indian Premier League, however, and said in a column on Sunday that he felt his body was starting to give way.

“It’s over. I’ve bowled my final ball. Taken my final wicket. Today I announce my retirement from all forms of cricket,” Johnson said on the Perth Now website (perthnow.com.au).

“I had hoped to continue playing in various Twenty20 competitions around the world until perhaps the middle of next year. But the fact is my body is starting to shut down.”

An express pace bowler capable of conjuring menacing bounce and swing, Johnson struggled for consistency through much of his career but was a human wrecking ball in the 2013/14 whitewash of England, capturing 37 wickets in a legacy-defining series.

He also amassed 239 wickets in one-day internationals and was more than a handy tail-end slogger, scoring a century and 11 fifties in his 73 tests.

Johnson said he hoped to remain involved in the game and would look to take up coaching roles.

“My competitive urge hasn’t left me and hopefully that’s something I can use to channel into a coaching or mentoring role in the future,” he said.

“I’m a believer in sticking to your strengths and cricket is my strength.”