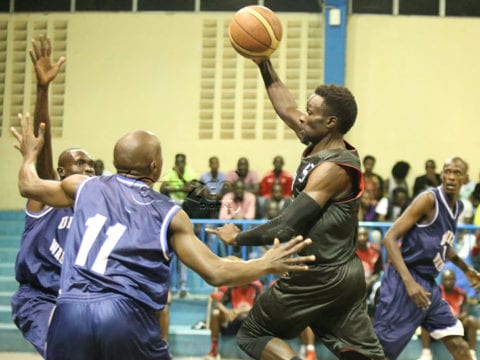 Despite their double wins over the weekend in the Men’s basketball premier league, Ulinzi Warriors head coach William Balozi says his key players did not play as expected.

Ulinzi started on a right track in the second leg of the league defeating KCA and Umoja 66-32 and 68-58 respectively to continue with their unbeaten run.

The defending champions are at the top of the league with 25 points having played 13 games and losing only one.

“I have a concern with my big men in the team, I will be working on it this week and our transition was also down. They could force well but they could not score as required,” Balozi said.

Equity hammered KU Pirates and Terror 86-70 and 68-35 respectively over the weekend.

Equity are now second on the log with 22 points after 12 matches, winning 10 and losing two.

“The wins were very encouraging; they lifted the morale of the boys. Very good results for us now  and focus shifts to next weekend fixtures,” Odhiambo said.

Ulinzi and Equity will be facing each other next weekend on Saturday before Ulinzi takes on KU pirates on Sunday.

In another women premier league  match KU ORYX hammered Strathmore 47-41 to take their tally to 13 points after 10 games; winning three and losing seven.