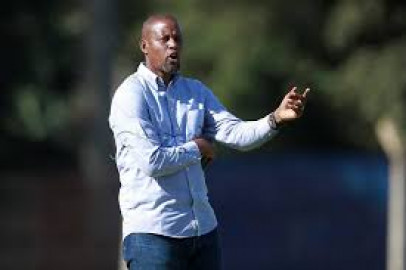 Wazito who sacked their coach Francis Kimanzi defeated Nzoia Sugar 2-1 in another match over the weekend.

The Rwandese tactician made the remarks in the wake of a 1-1 draw in which they were forced to come from behind to claim a point against newbies Vihiga Bullets in an FKF Premier League match at the Bukhungu stadium.

In an afternoon that the execution didn’t go according to script, William Wadri missed a penalty which could have given Bandari the lead before they conceded and fought back to equalise through an own goal late in the game.

"We are still missing vital chances which could be winning us matches," lamented Casa Mbungo.

He added, "We lost a penalty which could have been a game changer but all in all we collect the one point and plan ahead.”

The Mombasa based side has now drawn six matches out of the 13 so far played, Mbungo noting they have to start winning matches if they are to win their maiden league title.

They are now placed sixth on the grid on 24 points, seven behind league leaders Kakamega Homeboyz with a game in hand.

They are set to host rejuvenated Wazito at their Mbaraki backyard on Thursday.

Wazito who sacked their coach Francis Kimanzi defeated Nzoia Sugar 2-1 in another match over the weekend.