Bandari hope to turn a corner after thrashing Sharks 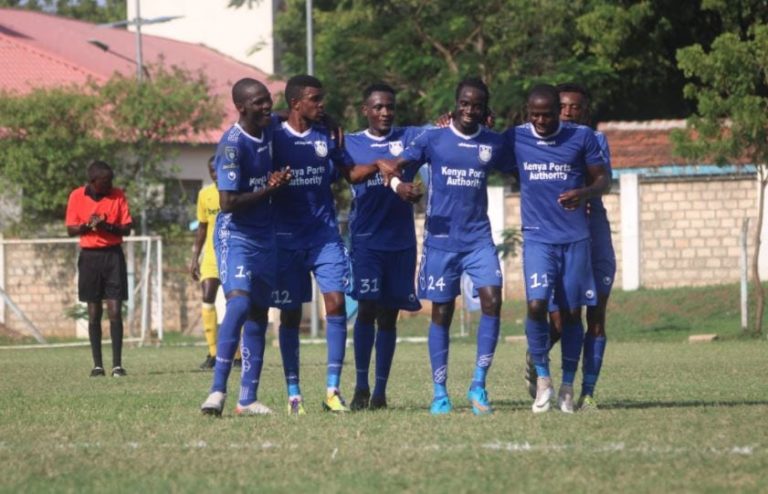 Bandari FC head coach Andre Casa Mbungo hopes they have turned a corner after thrashing Kariobangi Sharks 4-1 in Mombasa to end a six-match winless streak in the FKF Premier League.

Umaru Kasumba and Willian Wadri put Bandari 2-0 up by half time and Eric Kapaito pulled one back for the visitors just after the restart before Benjamin Mosha settled the tie with a quick double.

Bandari have stumbled to unusual results despite turning in some dominant performances and Mbungo said he was glad to see his side discover some cutting edge.

“We were good with our transition play and I felt we played at a higher fitness level today. We lost a great deal of momentum during the COVID-19 stoppage and we haven’t been able pick it up again.

“Today we showed we’re getting close to our best and it’s a good effort from the players. Hopefully today can spark a good run for us,” Mbungo told Citizen Digital.

The result took Bandari above Sharks into sixth on the FKF-PL standings as their opponents dropped into seventh albeit only on goal difference with both sides tied 31 points. Bandari can climb fifth if they win their game in hand.

Nzoia Sugar lost 1-0 to Nairobi City Stars thanks to Rodgers Okumu’s late winner and there was another late show in Thika where Stephen Waruru’s second half effort handed Bidco United a 1-0 win over Vihiga United.

Sofapaka FC and Ulinzi Stars played out to a barren draw at Utalii Grounds in the other fixture on Friday.