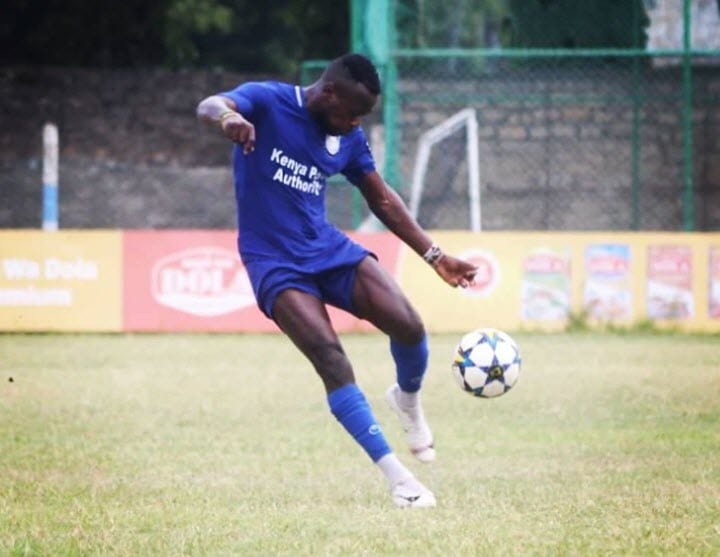 Buoyed by two goals in two matches Bandari’s winger Darius Msagha has set his sights on challenging the current FKF Premier League top scorer Erick Kapaito for the 2020/21 Golden Boot despite being way behind.

Kapaito tops the score charts on 14 goals, 11 more than Msagha but the Bandari man believes he can still give the top scorer a challenge for the coveted individual gong.

Msagha was on target against Ulinzi Stars in the impressive 2-1 away win while also finding the back of the net at home against Vihiga, and he believes the arrival of new coach Casa Mbungo will not only be integral to achieving his dream but also helping the club break a title hoodoo.

The Dockers, Msagha reckons, are also fired up for an FKF Cup defence and will give it their all.

“The coach (Mbungo) instilled confidence in me and I want to repay back by scoring more goals which will help the team to meet its target of clinching a maiden league trophy,” said Msagha.

The left-footed player is targeting to score four goals in the remaining three matches in the first leg to keep his dream alive.

“I want to score another four goals in the three first leg matches we have to make this come true and I am sure I will.”

Msagha is at the same time confident that the winning streak which has now stretched to four matches on the bounce will continue with everyone motivated – from the players to the technical bench.

The dockers have been over-reliant on their wingers for goals with Benjamin Mosha also being on form scoring three goals in two matches while William Wadri , also a winger, has been recently deployed as a central striker.

Bandari will play host to on-form Nzoia Sugar at home on Saturday before tackling Wazito away and against Bidco at home.