Barcelona reflect on catalogue of errors as title slips away

Barring a miracle, Barcelona’s recent grip on the La Liga title is coming to an end and there is a deep sense of frustration within the club and among fans at how this season has gone, with an overriding sense that they have thrown it away.

Barca were in pole position for a third consecutive title when the campaign re-started in June but have drawn three of their nine games while Real have been on a relentless run of victories and need two points from two games to lift the trophy.

“If we have lost the league it’s because we let it slip away,” Barca striker Luis Suarez told newspaper Sport.

“You can look for excuses and point to what happened in other games (involving Real) but we have to be aware that we let it escape due to our own errors.”

Barca first dropped points after the re-start by drawing 0-0 at Sevilla while the campaign truly unravelled in a 2-2 draw with relegation-fighting Celta Vigo. They also drew 2-2 with Atletico Madrid next.

“We lost a huge opportunity as if we’d have beaten Celta things would have gone better against Atletico. The real blow was in Vigo, that last-minute goal by (Iago) Aspas. That hurt a lot,” Suarez added.

A chaotic campaign began with defeat by Athletic Bilbao and has witnessed a managerial change and a scandal affecting the club’s president and hierarchy.

It is likely to end with no domestic silverware for the first time since the 2007-08 season.

Lionel Messi, meanwhile, has looked increasingly frustrated, lashing out at sporting director Eric Abidal in January and the board in March over the handling of a pay-cut. 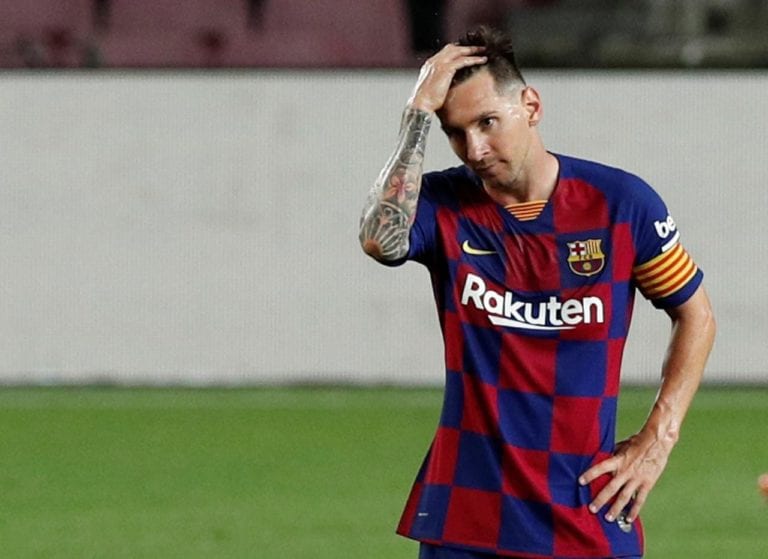 With the benefit of hindsight, sacking Ernesto Valverde in January when the team were top of the table looks like a big mistake.

Barca may not have been playing thrill-a-minute football under Valverde but he had led them to the last two titles by a landslide and was popular among the leading players.

Successor Quique Setien was not the club’s first choice and although the 61-year-old’s commitment to attacking football sounded appealing to purists, the transition has not gone well.

The team have often looked predictable and only produced one top display, a 4-1 thrashing of Villarreal, while Setien has admitted to being out of his depth, ill-equipped to dealing with the needs of Barca’s big-name players.

Ahead of his side’s last home game of the season against Osasuna, Setien shouldered the blame for not winning the title but paid tribute to Real Madrid for their relentless run.

“I accept some responsibility but not all of it. These assessments always focus on the coach but I don’t feel I’ve done things too badly because we drew three games,” he said.

“I would give more credit to Madrid for winning every game.”