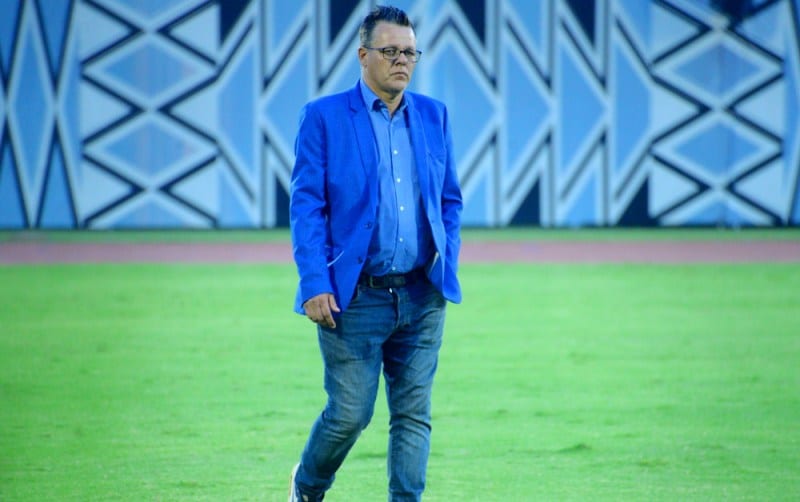 By ISAAC SWILA IN KIGALI, RWANDA

As the rolling hills of Kigali went to sleep under its ominous city lights on Saturday evening, a British man named Dylan Kerr, 51, led youthful men in a light-work out under the flood lights of the 20,000 seater Stade Regional Nyamirambo in Rwanda.

Here, the Briton barked orders as the 18 men, all of them Gor Mahia players, were put through their paces as they shook off a jet lag.

Gor are in Rwanda’s capital for Sunday’s titanic Caf-Confederations group stage opening clash against hosts Rayon Sports, a largely popular outfit in this part of the world.

The players led by skipper Harun Shakava looked calm and assured with the clock-ticking ahead of a match that will give a sneak preview of the rigorous group ‘D’ campaign that also involves US Algiers of Algeria and Yanga SC of Tanzania. 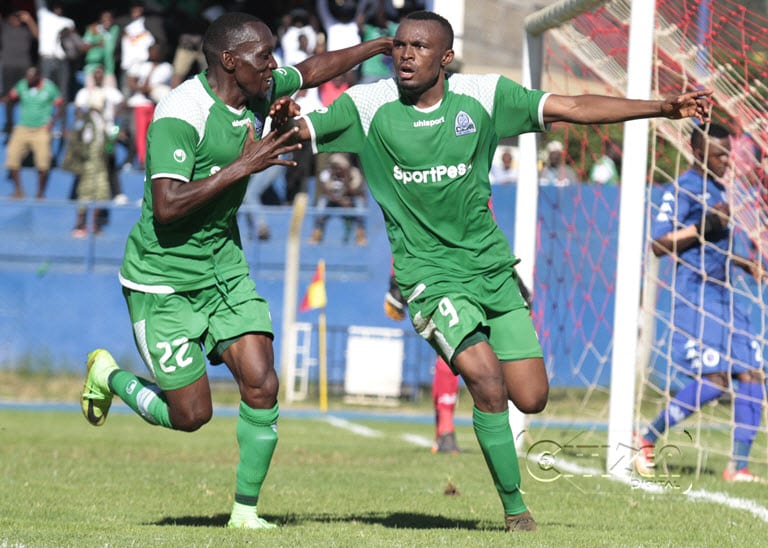 The light-evening workout did not give away much but also didn’t betray the fact that expectations are soaring not just in Nairobi, Kisumu and other parts of the Kenya where K’Ogalo enjoys a fanatical following, but at the 22,000 seater sports facility too located 5.5 kilometres, south west of the Rwanda’s capital.

In fact, if the comments by Kerr and his towering skipper Shakava is anything to go by, then the football world should be in for a treat on Sunday afternoon(today).

“The qualifications for the quarter finals will be huge…so my players experience and energy will have to count. They have to play with enthusiasm and we will get a positive result,” Kerr said in a press-briefing here in Kigali, giving a glimpse of what would be expected of his boys if they are to defy the odds and bookmakers’ predictions to reach the quarters. But, first things first! 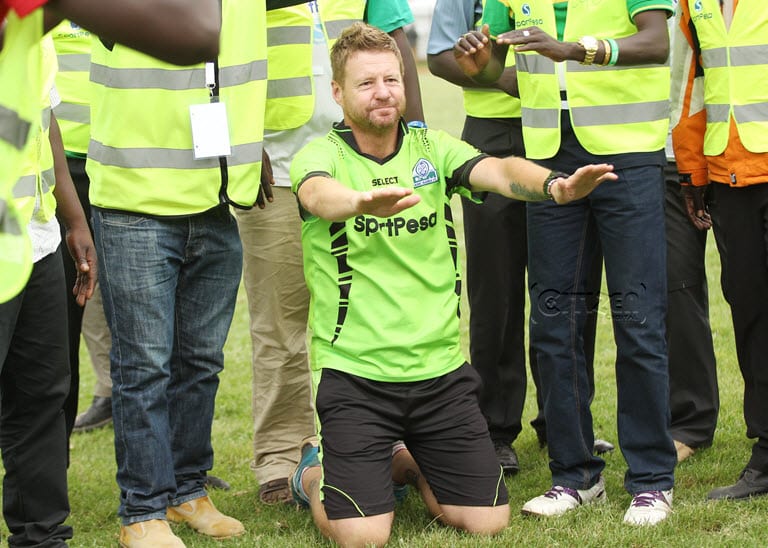 Asked on whether he had gathered enough tips that would be beneficial to his team, Kerr shrugged his shoulders and said: “Jacques(Tuyisenge) and Meddie(Kagere) who played for Rayon some time ago have been helpful (in passing tips) but I’d rather concentrate on Gor Mahia. We are going to be careful with them.”

Shakava was however forthright stating that the Sunday battle which kicks off at 6pm local time (7pm in Kenya) will be no walk in the park.

“We are all prepared for tomorrow’s(Sunday) match.

“Sports(Rayon) is a big team. They are well prepared. We watched their match against Mamelodi Sundowns (in the Caf- Champions league preliminaries).

“We are ready. The coach has prepared us well for this game and every player is ready; whoever is given a chance.”

Though upbeat of K’Ogalo chances in this crucial assignment, Shakava is calling for caution. 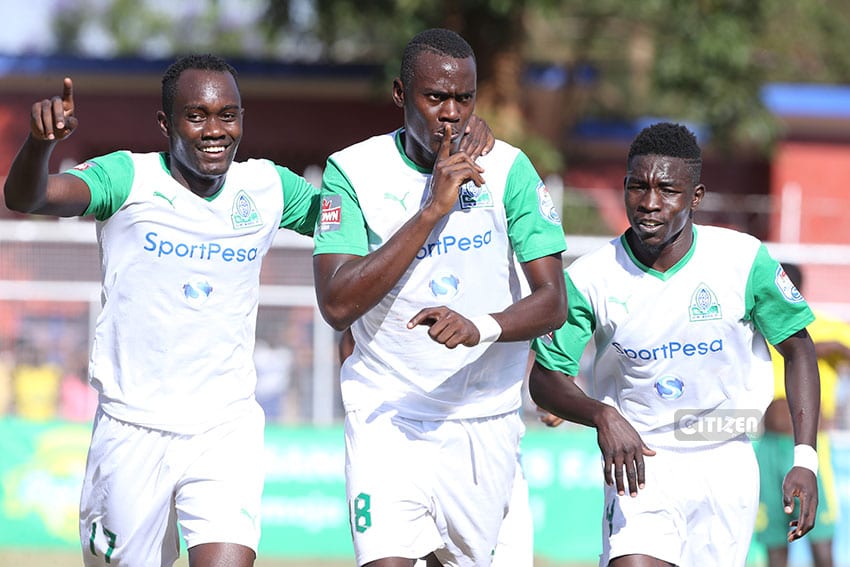 He said: “We must however be cautious because they are at home. They’ll have the fans behind them and they know the surface well. We must not attack early because we do not know their strikers well. We have watched them in the video… and we hope to catch-up with their speed,” the soft-spoken skipper said, adding that the presence of local boys Tuyisenge, Kagere and injured Burundian Karim Nizigiyimana, who previously plied his trade for the Rwandan outfit between 2011-2015, will be of help. 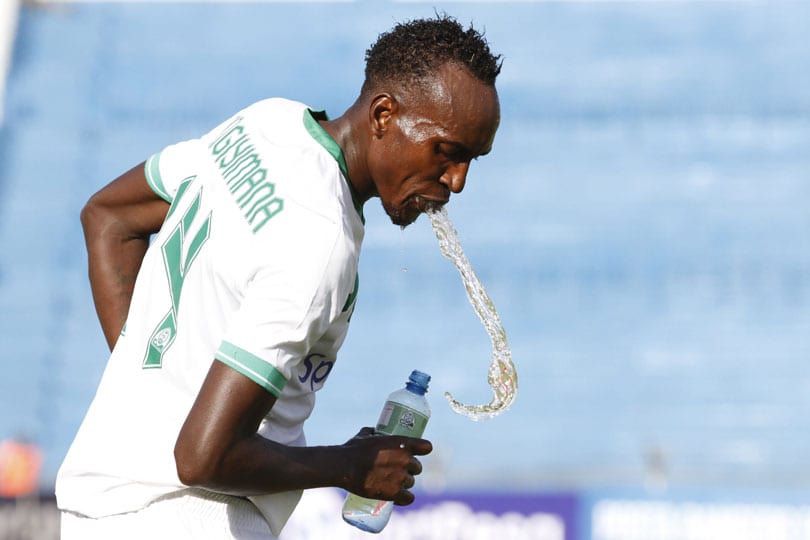 “Jacques, Meddie and Karim have also helped us because they know the team,”Shakava enthused.

“We are praying for a positive result; a win or draw will be good enough because it’s an away game.”

The hosts coached by Belgian Ivan Minnaert is a tough opponent and this is evidenced by the fact that they swept all before them including local powerhouse APR to bag the league crown last term, before going shoulder-to-shoulder with South African giants Sundowns in the Caf-Champions League preliminaries.

With a sound knowledge of Kenyan football having coached Gor’s traditional enemies AFC Leopards, the soft-spoken Minnaert, hailed by many as a sober mind and fine gentleman, knows what to expect and it promises to be fireworks.

“Gor has improved a lot and they enjoy continuity and stability. It is a strong team and we expect a tough game,”Minnaert, who became a casualty of the revolving door of coaches at Leopards in 2016 told Rwanda’s leading daily The Times ahead of the clash.

With the battle lines drawn, the stage set, and the giants ready to collide in the most spectacular of fashions, it’s the tactics that will do the talking at the Stade Nyamirambo even as the home crowd are expected to create an intimidating atmosphere for guests.