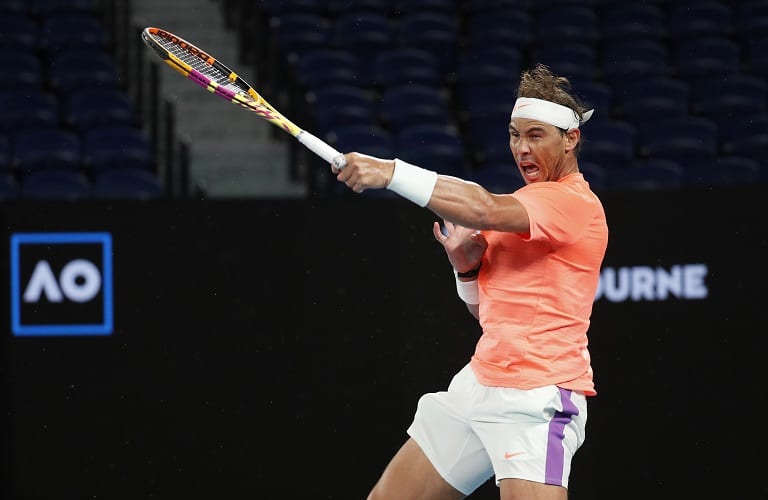 As the second week of the Australian Open begins, fans eagerly wait to see if the two Grand Slam winners left in the men’s draw can reach the summit clash intact as injury clouds loom over defending champion Novak Djokovic and Rafa Nadal.

With an injured Roger Federer skipping the tournament, the onus of carrying the “Big Three” flag has fallen on the top two seeds as they defy age and wear and tear to advance while younger players are left behind in the dust.

Djokovic overcame discomfort from a muscle tear with painkillers to beat Milos Raonic and move into the quarter-finals while Nadal has played through back pain and modified his serve to advance without dropping a set.

“I need to come back to my normal serving,” Nadal said. “I was not serving my normal serve for the last 15 days… I’m looking forward to do it better.”

Nadal’s job will not get any easier on Monday when he goes up against Italy’s Fabio Fognini, who prevailed in five sets at the 2015 U.S. Open when they last met at a Grand Slam.

The two seeded Russians — Daniil Medvedev and Andrey Rublev — are on a quarter-finals collision course but they must first get past unseeded American Mackenzie McDonald and Norwegian 24th seed Casper Ruud, respectively.

Women’s top seed Ash Barty is Australia’s last hope for a homegrown singles champion in 43 years and though she says her heavily bandaged thigh is no longer an issue, she is wary of her American opponent Shelby Rogers.

“She’s got the ability to take the game away from you… to give you no control out there,” Barty said. “That’s something I’m going to have to try and nullify and neutralise as best I can.”