Benjamin Ayimba: Tribute to a legend 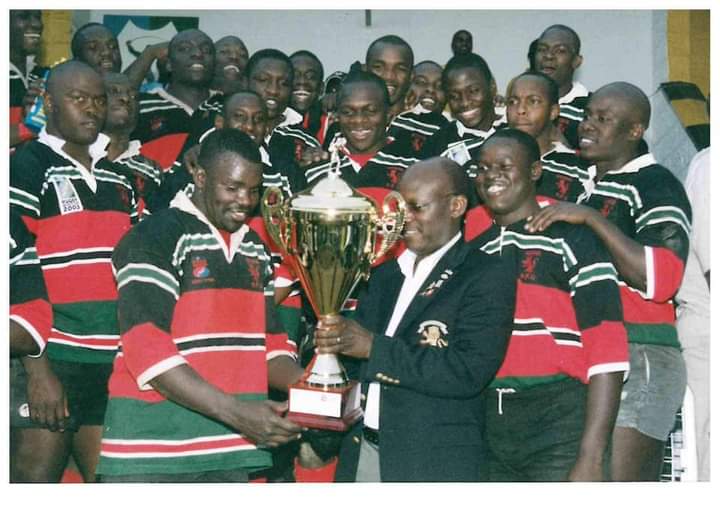 A country is in mourning following the death of one its most famous sons, Benjamin Ayimba, who lost his brave battle with cerebral malaria on Friday night.

There has been an an outpouring of love and grief from those in politics and beyond, who have taken to social media to express their condolences, as well as an appreciation for his craft.

When the history of Kenyan rugby is written, the great name of the man that masterminded Shujaa’s historic victory in Singapore on that fine Sunday in April 2016 will always be mentioned.

Born on 27 August 1976, Ayimba grew to become a giant figure in rugby, and a pioneer of the Kenyan game.

He fell in love with the sport and went on to enjoy a stellar playing career as backrow at Impala RFC, the club that he joined in 1995, after completion of his high school studies at Maseno School between 1991 and 1994.

He was huge, he was quick and he was skillful. In a sport of physicality and confrontation – he had massive advantage and local side Impala RFC came calling.

Ayimba would eventually captain Impala to two Kenya Cup league titles and Enterprise Cup doubles; in 2000 and 2001. He also led the side to three National Sevens Circuit titles in 1999, 2000 and 2001 respectively.

During his playing days, Ayimba would be knocking over defenders at ease and showing a mixture of brute strength, pace and dexterity that has never been witnessed on the rugby field with wonderful evasive skills for the backrow who had the build of a front row.

Despite being amongst great names that have graced the rugby field; from Dennis “Ironman” Mwanja, Oscar Osir Paul Murunga, and Victor Sudi, Ayimba took over the captaincy of the national side, going on to lead the team in a World Cup and Commonwealth appearance.

Family spokesperson Oscar Osir played alongside Ayimba during his Shujaa and Impala playing days, tormenting defenders with their zeal, power and pace, with Osir regarded among the fastest rugby players during the 2000 era.

Ayimba would go on to be capped in the sevens and fifteens versions of the game between 1997 and 2006. He also featured for Kenya Sevens at the 1998, 2002 and 2006 Commonwealth Games as well as the 2001 and 2005 Rugby World Cup Sevens tournaments in Argentina and Hong Kong respectively. 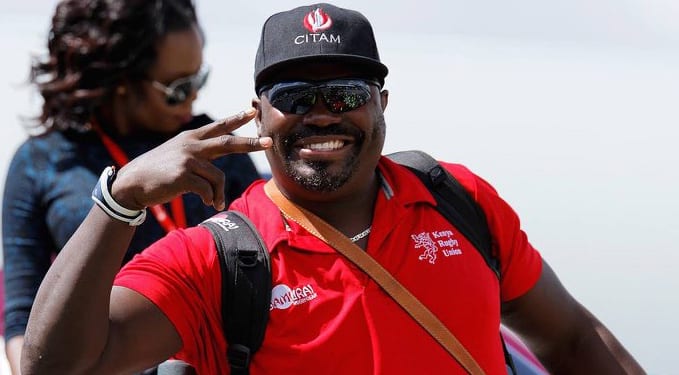 His art of drawing defenders to him, leaving other great players around him in space would reap great reward at the Commonwealth Games as he set up Mwanja for the winning try against Samoa in 2002.

It’s only professional to mention that most of his teammates in that Commonwealth and World Cup games have gone on to be successful coaches in the local league, with the likes of Paul Murunga and Dennis Mwanja enjoying success in their respective clubs as coaches.

Soon after his playing days were behind him, Ayimba embarked on a sensitization and promotion of grassroots rugby across the country and had a transformative effect on a sport that lacked a global reach. He broke barriers as well as tackles.

His efforts of promoting grassroots rugby is clear as Kitui Governor Charity Ngilu mourned the legend for his efforts saying Ayimba came through for the county in the first ever successful Kitui 7s in 2018.

“He became a dependable partner and an integral part of the tournament. As head coach, he led Kenya to its first ever World 7s Series title in 2016 in Singapore. Kenya trounced Fiji in the finals,” she said.

Despite promoting grassroots rugby, Ayimba briefly coached the Kenya Fifteens team, before going on to take up the Kenya Sevens coaching job between 2006 and 2011.

Professionalism, according to Ayimba, meant players like Collins Injera and Willy Ambaka were available every day rather than a couple of nights a week and time was filled in gyms; bulking up required effort rather than thought and increased fitness and conditioning meant less space on the field.

His tactics would soon pay off. Returning for a second tour of duty as Head Coach in 2015, Ayimba led the team to a maiden appearance at the 2016 Olympics in Rio de Janeiro, Brazil as well as a first ever World Series title when his side beat Fiji 30-7 in the 2016 Singapore Sevens final.

At 45, Ayimba breathed his last but even in death he was still loved and forever will be. He has touched the hearts of so many who owe him a lifetime of gratitude.

“As a player, he won literally everything there was to win on the local scene. As a coach, he rewrote history books,” the KRU wrote in an apt summary for true legend of the game.

Ayimba is gone but his mark on rugby is permanent.