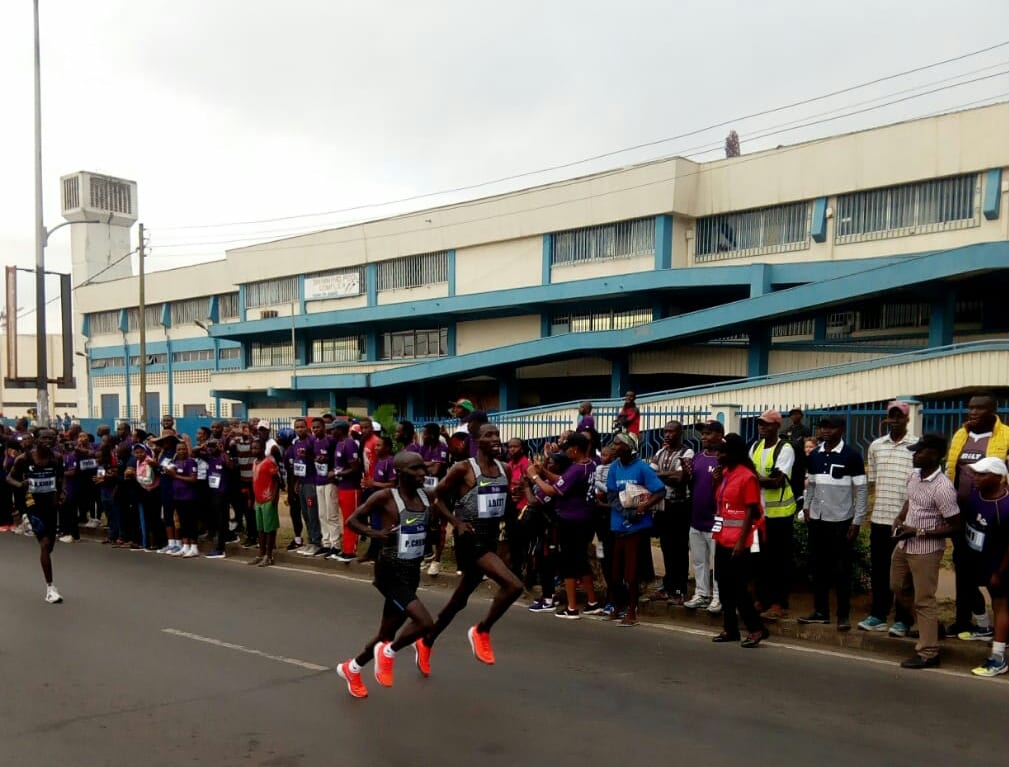 Josephat Bett and Brilliant Jepkorir took top honours at the 2019 Beyond Zero Half Marathon after winning the men and women’s titles respectively on Sunday.

They will take home KSh250,000 each in prize money with the second and third-placed finishers in both categories set to bag KSh125,000 and Sh75,000 respectively.

The however did not come that easier for Bett who had to overcome a stiff challenge from Philemon Rono with the duo locked in a neck-to-neck battle as they approached the finish line.

Bett would eventually clock one hour and 47 seconds, a second ahead Rono as Simon Kirui closed the podium in 1:00:53.

In the corresponding women race, Jepkorir who is the winner of the 2019 Discovery Kenya Cross Country clocked 1:07:02 a second ahead of second placed Everlyne Chirchir as Bornes Kitur who settled for the third spot in 1:07:23.

Jepkorir who has represented Kenya in the 2011 World Cross Country championships where she finished ninth said she was elated to win in her half marathon debut.

“I am actually elated to have won this race especially being my first attempt in the half marathon. I will now go work extra hard as I hope to participate in another race next month though I am yet to confirm my next race,” said the 23 year old who trains at Iten in Elgeyo Marakwet County.

“When I was coming to this race my target was to finish in the top 15 positions since I am still recovering from a knee injury but as the race progressed I realized that I was in a good shape and that is when I went for the win with two kilometres to go,”said Ngetich.

Other races that were competed in include; the 21km Wheelchair race,10km corporate race, 5km family fun race as well as 2km race for pregnant women.

The chief guest who graced the event is the former Prime Minister of the federal Republic of Ethiopia H.E Hailemariam Desalegn.

Other high profile personalities who made their way to the Nyayo National Stadium include President Uhuru Kenyatta who made a surprise appearance at the end of the main races.

The marathon was making a comeback after two year of absence with the third edition having been held in 2016.

The marathon is aimed at raising funds for the Beyond Zero Campaign initiated by the First Lady in order to raise maternal health among pregnant women in Kenya.

Beyond Zero Half Marathon