​Having lost four crowns in Australia at the Commonwealth Games, all eyes will be on Beijing World champion Nicholas Bett during Thursday’s men’s 400m hurdles finals.

Bett who has a leading time of 48.88 seconds will be looking for a second global glory after making history during the 2015 Beijing World Championships as the first Kenyan to win a gold medal in his discipline.

He will team up with his brother and Africa Championships bronze medallist Aron Koech in trying to deliver a first gold for Kenya after a series of disappointing results in the long distance races.

“I have been training well in South Africa for the Games and to make a comeback .This is my second Commonwealth Games and I’m eyeing a gold medal.

“I have not performed well the last two years due to a stress fracture injury. This time round I hope to deliver and I have a good feeling it will be so,” said Bett .

During the 2014 Glasgow Commonwealth Games, Bett kissed the competitions good bye during the heats after clocking 51.21 then erased the pains with a world title the following year during the Beijing World Championships. 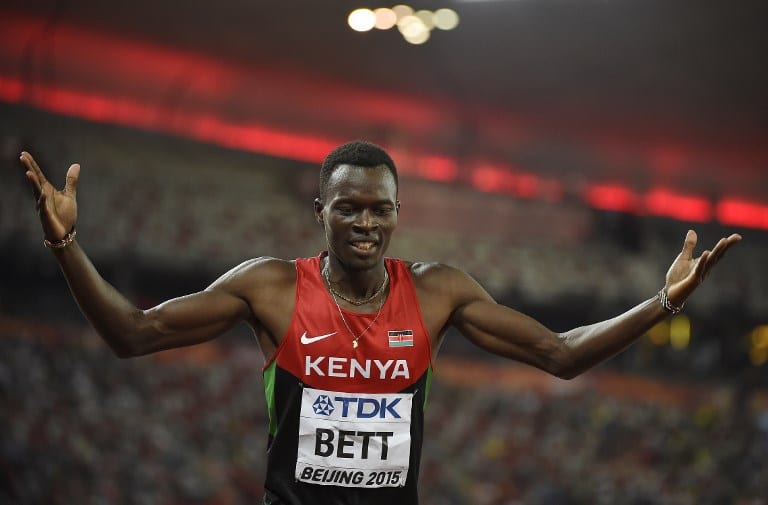 Koech told Citizen Digital here that he believes that Thursday’s race will be his first podium finish having missed out during the 2015 and 2017 World Championships and at the Rio 2016 Olympics Games where he set a personal best of 48.49.

In the second final of the day, Wycliffe Kinyamal and Jonathan Kitilit will be on a mission of snatching the 800m title from defending champion Nijel Amos of Botswana.

“We have talked and discussed on how to approach the race to wade off Nijel. We have already lost several titles in this competition. We are going to team up and ensure that the national anthem that will be played will be that of Kenya,” said Kitilit.

Before the evening finals, Rio Olympics bronze medallist Magaret Nyairera, Eglay Nalyanya and Emily Cherotich Tuei will compete in the women’s 800m heats in the morning with hopes of qualifying to the Friday’s final at the Carrara Stadium, Gold Coast.