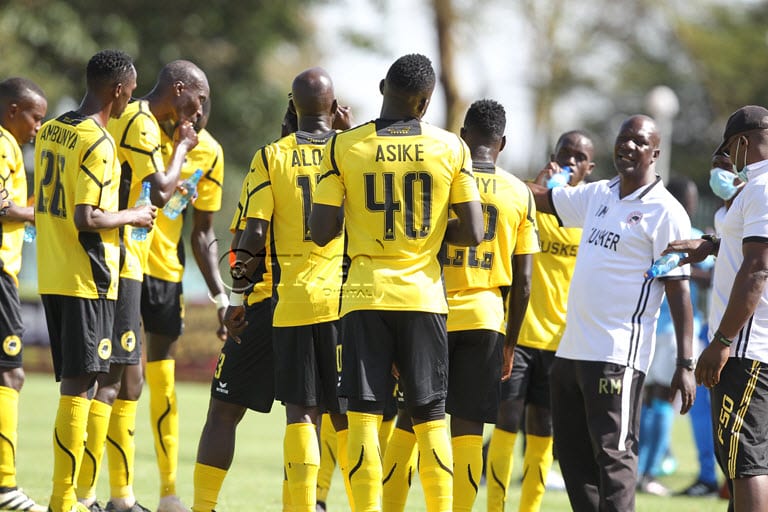 AFC Leopards blew the chance to go top of the FKF Premier League standings after suffering a shock 3-1 loss at the hands of Bidco United at the Ruaraka Grounds on Sunday.

United’s goal were netted by Alex Juma, Peter Nzuki and David Orem as the visitors halted Leopards’ unbeaten run since the league restarted earlier May.

Tusker FC capitalised on slips by KCB, who lost 1-0 to Sofapaka, and Leopards to take control of the FKF-PL title charge after hammering Vihiga United 4-0 at the Mumias Sports Complex.

Henry Meja, Kevin Okoth, Chrispinus Onyango and Rodgers Aloro scored for Tusker in Mumias as coach Robert Matano’s side returned to the summit on 38 points, just ahead of KCB and Leopards who are tied on 36.

Leopards found themselves behind thanks to Fabrice Mugheni’s back pass outside eighteen pounced on by Juma who slotted past goalie Benjamin Ochan.

Minutes before half time, Nzuki nicely curled a foul past Leopards players to go 2-0 at half time.

On the other hand, Antony Akhulia called in Gathu Zacharia for Eric Gichumu.

It was Bidco who added salt on the wound by netting the third in the second half to make things tougher for the Leopards.

Ingwe playing without suspended Isaac Kipyegon and Collins Shichenje, saw their efforts through Clyde Senaji and Austin Odhiambo thwarted by Bidco in the first half with United’s danger boy causing all the problems to Leopards defence.