Big blow to Leopards as Bangladesh bound Kitambi steps down

AFC Leopards interim coach Dennis Kitambi will step down from his role on May 8, the day he has planned to fly out to Bangladesh.

Kitambi has previously worked under Hall while at Azam SC in Tanzania before following linking up with him again at AFC Leopards where Hall resigned last year, citing  personal reasons after which the club appointed the fiery Robert “The Lion” Matano who was later given marching orders for under-performance.

“Kitambi will be leaving on 8th of May to Bangladesh where Hall has asked to work with him at his current club,” Igaida said.

Kitambi turned down a lucrative offer from Ingwe, citing the contractual obligations of his new employer.

Igaida claimed the Tanzanian had been offered a two -year contract which had better terms compared to what he has been offered by the Bangladesh outfit. 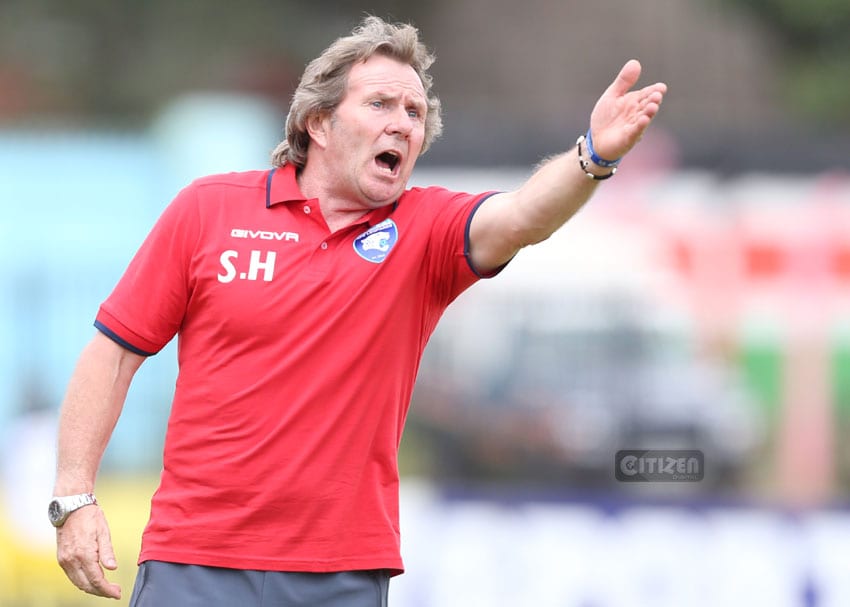 “He (Kitambi) even agreed that the offer that we have given him is lucrative but because of the coaching course it has forced him to go to Bangladesh – for the coaching role as well as his studies,” Igaida said.

Consequently, Leopards will unveil a new coach on April 20 after a vetting process which is currently ongoing with some 15 coaches battling it out for the job.

Leopards, Citizen Digital understands, are keen to pick on a coach who will fit in the team’s current playing style inculcated by Kitambi as well as adhere to the club’s philosophy.

Among the 15 are both local and foreign coaches who have been shortlisted.

Kitambi has been in charge of Leopards for six matches; winning four, drawing one and losing an equal number

They are currently perched t position three on the 18-log KPL on 17 points from seven matches .They face Zoo Kericho at Kenyatta Stadium, Machakos this weekend