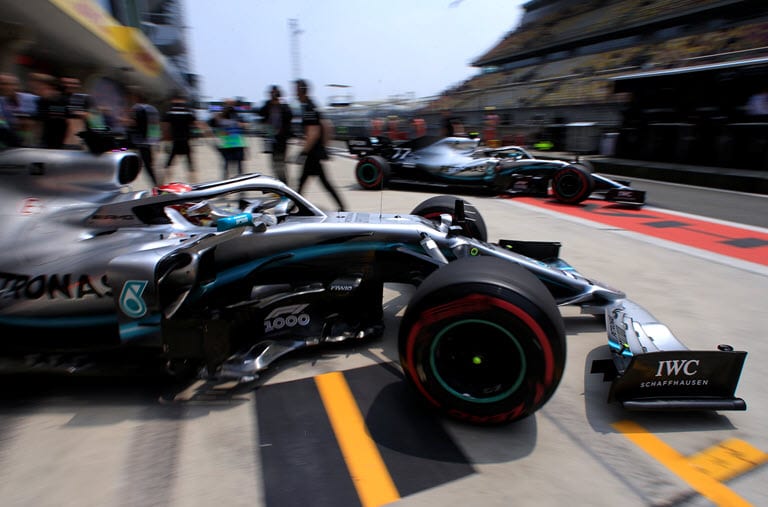 Championship leader Valtteri Bottas pushed Sebastian Vettel off the top of Friday’s timesheets to end the opening day of practice for the Formula One Chinese Grand Prix with the fastest time for Mercedes.

The Finn, who leads team mate Lewis Hamilton by one point in the overall standings and was fifth in the first of Friday’s two 90-minute sessions, set a benchmark time of one minute 33.330 seconds in the afternoon.

That put him just 0.027 seconds clear of Vettel, who had gone fastest in the morning by a 0.207-second margin ahead of Hamilton.

The Dutchman displayed a decent turn of speed having also gone fourth quickest in the morning.

His Honda-powered Red Bull team were winners in China last year, with Tag Heuer-badged Renault engines in the back and Daniel Ricciardo behind the wheel, and have been tipped as strong outside contenders to repeat that feat this weekend.

But the 21-year-old struggled with what appeared to be problems shifting gears and clutch issues throughout the session.

Hamilton could do no better than fourth having gone second-fastest behind Vettel during the opening 90-minutes.

The Briton is the most successful driver by far around the 5.4-kilometer long Shanghai International Circuit.

But the reigning five-times world champion can expect a stiff challenge in his bid for an unprecedented sixth triumph with Ferrari tipped as favourites following their Bahrain performance and Red Bull also in with an outside chance.

The Monegasque ended the day with only the seventh-fastest time, slower than the Renault and McLaren cars of Nico Hulkenberg and Carlos Sainz and 0.828 seconds off the ultimate pace.

Both the 21-year-old, third in the morning, and Vettel are running a new control electronics package on their power units as a precaution against a repeat of the engine problems that denied Leclerc his maiden win at the Sakhir desert track.

But Leclerc’s session still came to an early end, as he parked up in the garage with some 20 minutes still to go to allow Ferrari to carry out precautionary cooling checks.

Lando Norris, fresh from having scored his first Formula One points in Bahrain, was eighth for McLaren ahead of Renault’s Daniel Ricciardo.

Friday’s two sessions, ahead of what will be the 1000th Formula One world championship race on Sunday, were relatively trouble free apart from a few spins as the drivers explored the limits and got to grips with the track.

Hamilton and Bottas both spun during the second 90 minutes while Lance Stroll lost control of his Racing Point at the exit of the final corner in the morning.