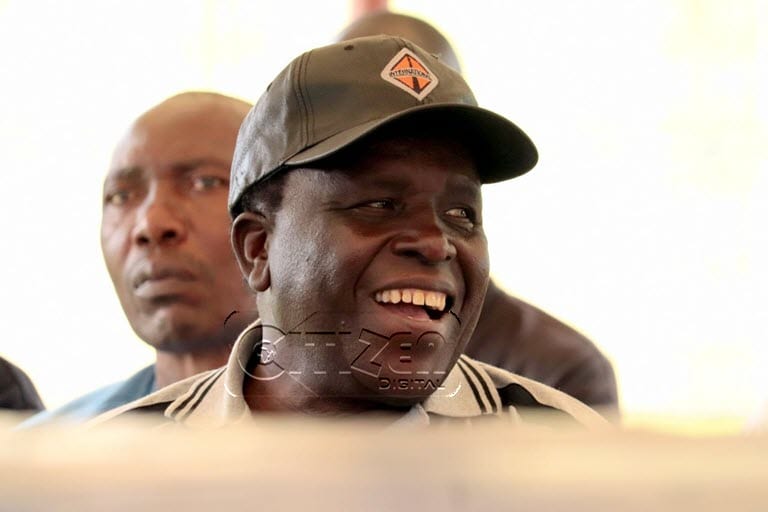 The Kenyan boxing fraternity paid glowing tribute to long serving boxing administrator Francis Kaaria ‘Nchuri Ncheke’ as he was laid to rest on Friday at his home in Meru County.

Kaaria died on June 26, one year since assuming office as the second Vice-President of the Boxing Federation of Kenya(BFK) in elections held in June last year

BFK president Anthony ‘Jamal’ Otieno led the fraternity in paying glowing tribute saying the boxing family will miss the late whom he argued had left a huge void that can’t be filled easily by anyone.

“We thank God for bringing as safely to Meru to say goodbye to my second vice. We will miss him so much because of his experience in boxing and his leadership qualities and counsel that he acquired back at his time serving the prison forces. I don’t think anyone will fill this gap but we are thankful,” said Jamal.

Others who attended the burial were John Waweru , the BFK competition secretary together with the secretary Musa Benjamin.

“I remember Kaaria when he joined the old BAK on 25th May 2003 when the elections were held at Nyayo National Stadium. We continued to work together until I witnessed him being elected again in 2019, retaining his seat in BFK, after transitioning from BAK,” said Waweru.

The late Kaaria started his journey in boxing leadership as treasurer of Kenya Prisons Boxing Association where he was working and later became vice chairman only to retire from Kenya Prisons Service in 2004 where he had risen to the position of Assistant Commissioner of Prisons.

‘Njuri Ncheke’ as he was well known by many was elected in 2008 and 2013 as chairman of Eastern Boxing Association besides being elected as national second vice chairman in the Boxing Association of Kenya (BAK) only to retain the same seat in June last year, a position he occupied till death.

At the time of his death he was also the chairman of Meru County Boxing Association.

Other sports leaders who sent their condolences were Sports Cabinet Secretary Amina Mohamed and Principal Secretary Joe Okudo together with the National Olympic Committee of Kenya (NOC-K) president Paul Tergat.