Broke Palos pulls out of NSL 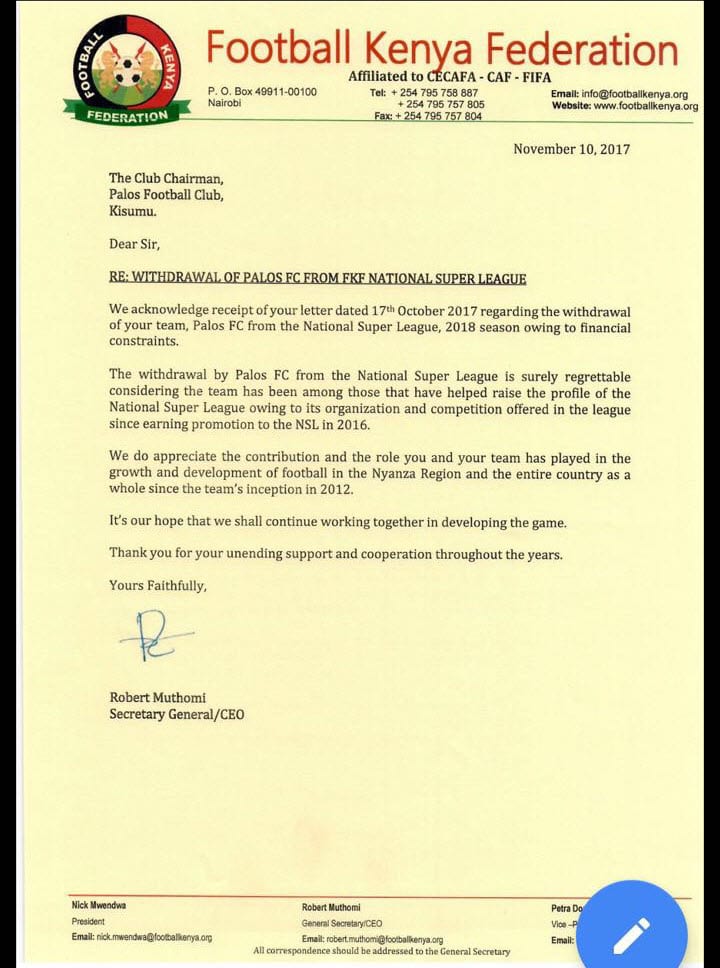 The club has confirmed that they will not participate in the 2018 NSL competition through correspondences with the federation, and which Citizen Digital has accessed.

Palos had written a withdrawal letter to the Kenya’s football governing body citing financial constraints and they have been granted their plea.

In a letter to the club signed by FKF CEO Robert Muthomi dated November 10, 2017, the federation said it regrets losing the team .

“We acknowledge receipt of your letter dated October 17, 2017 regarding the withdrawal of your team, Palos FC from the National Super League 2018 season owing to financial constraints.

” The withdrawal of Palos from the National Super League is surely regrettable considering the team has been among those that have helped raise the profile of the lower league owing to its organization and competition offered in the league since earning promotion to the NSL in 2016,”read part of the letter.

Palos who sit seventh on the log were scheduled to face Administration Police on  November 18 but they forfeited the tie .It remains to be seen whether they will honour their last tie.