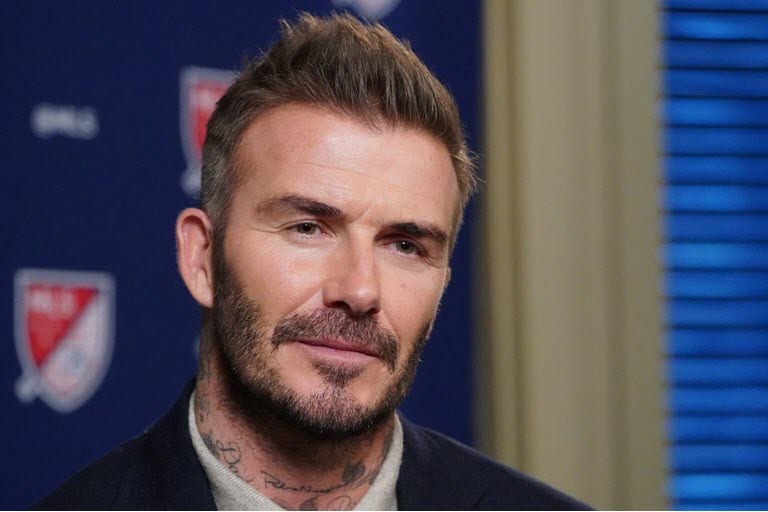 Seven years after a tortuous process began, Beckham’s “project” will finally take the field on Sunday when Inter-Miami travel to Los Angeles to face LAFC in their first MLS regular season game.

More than 13 years since he shocked the soccer world by turning his back on Real Madrid to sign with the Los Angeles Galaxy, Beckham remains the biggest name in Major League Soccer.

But maybe not for long, the former England and Manchester United captain hinting his club might take a page from the Galaxy playbook he helped write and go out and sign the game’s biggest stars.

“We really believe in the roster we have, the players that we have we’re really happy with but we have also talked about if we have the opportunity to bring in big name players from Europe into our city we will do that,” Beckham told Reuters.

“Every team in the world would want Messi and Ronaldo in their teams.

“But we always talked about us being different from any other team, which I am sure every other owner says exactly the same thing,” Beckham added.

“So that’s what we will try to do and if we have the opportunity to bring big name players in then great we’re lucky we have an ownership group that has that vision and wants to succeed and has that competitiveness where we want the best players.”

MLS will celebrate its 25th anniversary this season and the league was reminded again on Wednesday of the impact Beckham has had on the league.

Commissioner Don Garber started the day by telling a news conference that; “Without David Major League Soccer probably would not be what it is today”.

The evidence was not hard to find with media outlets from around the world making the trip to New York to interview Beckham, who as always charmed the crowd with his candor and boyish smile.

As part of his deal for joining the Galaxy Beckham was given the chance to buy into an MLS franchise at a reduced price.

In 2013 it was announced Beckham would take up his option and put a team in Miami, but as disputes over stadium sites and local resistance dragged on it seemed as if the idea of a South Florida franchise was doomed.

“I must admit over the seven years there were moments where I doubted this was going to happen,” Beckham said. “There were many frustrations.

“But there wasn’t a moment where I was going to walk away even though there were times it seemed this was not going to happen.

“There never was one moment when I thought Miami was not the right place.”

After all the clubs, all the Champions League and World Cup matches he played in, Beckham says the hardest thing he has ever done was become the owner of a MLS franchise and getting Inter-Miami on the pitch.

“Without a doubt,” Beckham said. “It has been the hardest thing to get it up and running.

“It was a real challenge but one that I knew that was going to happen. Eventually my stubbornness would get me there.

“We have worked very hard especially over the last two years to make this happen and create something special and this weekend will be our reward.”

For anyone thinking Beckham would be an absentee owner leaving the heavy-lifting to co-owner Jorge Mas, the 44-year-old made it clear that was not the case.

He will be a hands-on owner, providing input on everything from player selection to shower tiles.

The club has ambitions not to just be an MLS powerhouse but a global brand much like Beckham himself.

“When you talk about hands on there is no bigger hands on owners than you are looking at right now,” said Beckham, sitting alongside Mas. “Our whole ownership group is hands on.

“That will continue because we care.

“This is not a vanity project it is a legacy for us, for our families.

“I want to create a legacy that my children can turn around in 20 years and say my dad built this club.”