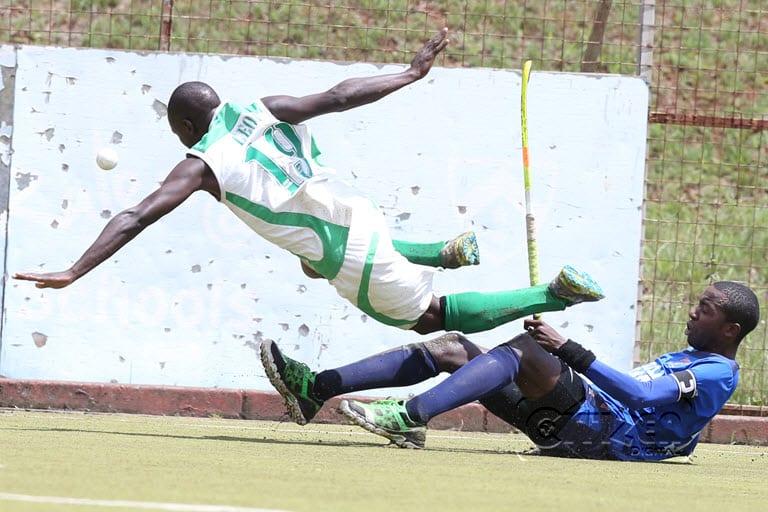 The Kenya Hockey Union (KHU) men’s Premier League is proofing to be more competitive than ever with all the signs pointing out that the final match between the defending champions Kenya Police and league leaders Butali Sugar Warriors might be the title-decider.

Following their weekends’ 2-0 over Greensharks, Butali extended their lead at the summit of the table to 54 points, three ahead of Police who still have two games in hand.

The 2015 champions now have two games to spare; they are set to face Strathmore University Scorpions in their penultimate match on December 9 before the mouthwatering clash against the champions in the final match a week later.

Police meanwhile will face Nairobi Simba next weekend before taking on Nakuru Club on December 2 then afterwards square off with Butali pending the determination of their controversial 16-2 win over Wazalendo which left their results withheld.

A closer look into the two teams title chances show that if they both win their remaining matches heading to the final showdown then Butali will have to win the final match in order to clinch the title on goal difference.
In such a scenario, they’ll be tied at 57 points but Butali has a huge goal difference of 57 compared to Police who are at 33.

According to Butali head coach Dennis Owoka, there is no margin for error as they head to their final two matches adding that they are ready for a possible title-decider match against the law enforcers.

“The way the league is unfolding, there is a high possibility that match will be a title decider but for now we are only focusing on our next match against Strathmore University then we will shift our focus to that match (against Police),” charged Owoka.

After struggling against a determined Sharks side, Owoka admitted that teams are making life difficult for them thus putting his side under pressure in the remaining matches.

“I can say it is true that we are under pressure because we do not know how the opponent has prepared because each and every game at this stage is never easy,” opined Owoka.

Aside from the title contest, the race for a third place is shaping up with three teams caught up in the contest.
Greensharks loss to Butali put their chances of finishing third in jeopardy as they are now joint in 29 points with fourth placed Strathmore University Gladiators who still have a game in hand.
Fifth- placed Wazalendo are still in the mix for the third place finish as they also have 29 points with two games in hand.

Greensharsks head coach Nixon Nyangaga has however played down the fact that they are locked in a tight race for the third spot.

“For us we do not focus on our opponents’ results or position. Our only objective is to win our matches and right now we are focusing on our last match against USIU,” said Nyangaga.

Meanwhile, in the women’s league, Telkom continued the supremacy in the top division by retaining the title with one match to go.

Although the Jos Openda-led side was not in action over the weekend, second placed Strathmore University Scorpions were held to a barren draw by Chase Amira thus mathematically killing their chances to stop Telkom.

The champions have 33 points with one match to go while the Students have 25 points with two matches remaining. Interestingly, the last match of the season pit the two teams although it will be of little significance even if Telkom lose.