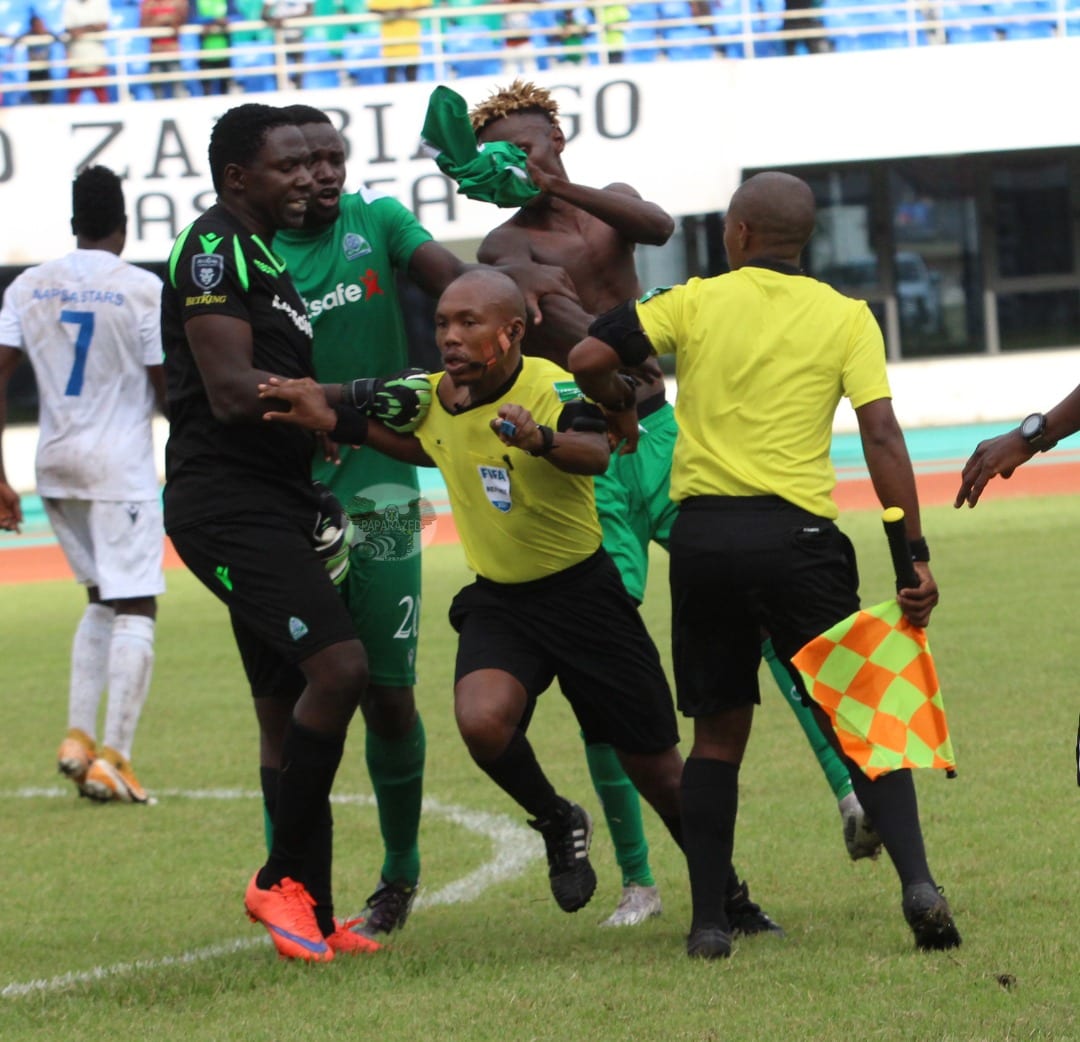 The African football governing body CAF has written to Gor Mahia seeking explanation from the club on the alleged violent incidents during the CAF Confederations Cup playoffs match against Napsa Stars in Zambia.

Caf, in it’s letter to Gor dated 28th February, said the match officials have raised complaints of violence and abusive language against them by Gor captain Kenneth Muguna and shot stopper Boniface Oluoch.

Subsequently CAF has given Gor five days, until March 5 to respond to the allegations as they await a possible disciplinary action against the aforementioned players and possibly the club.

Ugly images surfaced online after the match showing some Gor players haranguing the match officials in protest over some decisions that they deemed to have been biased towards the club and the award of a last minute penalty which was converted to knock Gor out of the competition. The match ended 2-2 in Lusaka with KÓgalo losing the first leg in Nairobi 1-0.

In an earlier interview, club secretary general Sam Ochola had indicated that there would be no disciplinary action against the club since there was no immediate complaint by either the hosting club nor the match officials.

Club chairman Ambrose Rachier also wondered how KÓgalo players could have attacked the match officials when, according to him, Napsa fans and Zambian police invaded the pitch after the match in their numbers.

Meanwhile Gor Mahia have started feeling the heat following the exit of their striker Nicholas Kipkurui.

Club assistant coach Sammy Omollo has rued the action by the player noting that he was an asset who could score very unique goals for the local giants.

According to Omollo, they will however not be in a hurry to recruit his replacement noting that Brazilian striker Silva Fonseca is an ‘able fit’.

‘’His exit is a big blow to us but as at now, we cannot recruit his replacement. We will sort ourselves out from within our camp. Our Brazilian striker Silva has demonstrated he can fit in the shoes of Nicholas very well.’’