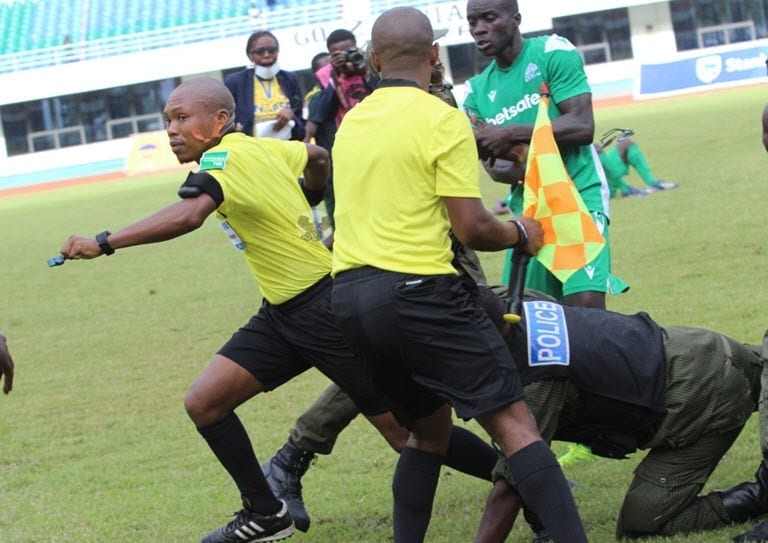 Troubled Gor Mahia have landed in more soup with the Confederation of Africa Football(CAF) slapping two of the team’s players with a four-match continental ban as well as imposing a Sh3 million fine on the affected players.

In a terse letter addressed to the club, through the federation, which is dated May 18 2021, the CAF Disciplinary Board found the two Gor players guilty of aggressive behavior towards the match officials after they were bundled out of the CAF Confederations Cup by Zambian side Nap Stars, on February 21.

The club’s players,  according to the Board, also went ahead to break the dressing room windows of the host club.

“The officials of the above-mentioned match indicated in their reports that:

After the match, Gor Mahia players No. 29 OLUOCH OTIENO BONIFACE and No. 10 UGAMBI MUGUNA

KENNETH attacked and used abusive language against the referees. They were stopped by the police.

Gor Mahia players also broke 3 windows of the stadium dressing room that they were using.

Arising from the aggrieve acts of the two players, the CAF Disciplinary Board decided to impose the following sanctions:

Impose upon each player a financial sanction of 15,000 USD (Fifteen Thousand US Dollars) for their regrettable aggressive behavior against the referees.

The CAF Disciplinary Board added that should Gor feel aggrieved by the decision they can lodge an appeal before CAF Appeal Board.

“The party intending to appeal shall announce his intention in writing within three (3) days of notification of the decision. If the last day of the time limit coincides with a public holiday in the country of residence, the time limit will expire the next day which is not a public holiday. Reasons for the appeal shall be given in writing within a further time limit of seven (7) days, commencing upon the expiry of the first time-limit of three (3) days.”