Calls for rugby to snort out the cocaine problem 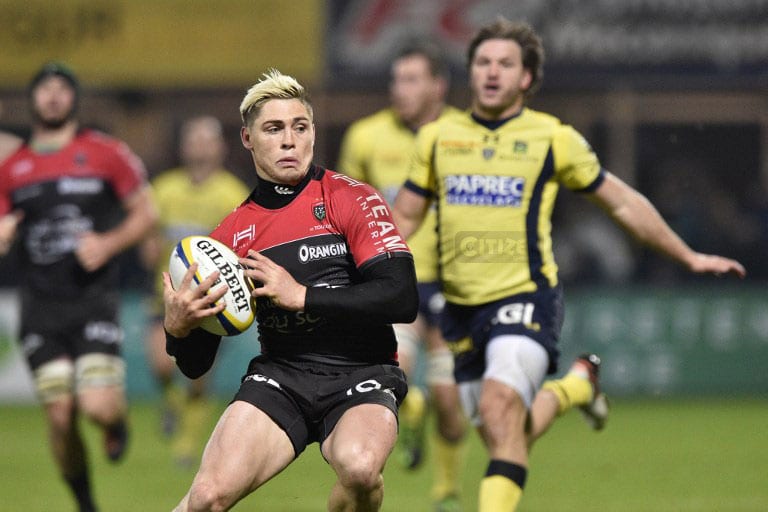 The arrest of rugby stars Ali Williams and James O’Connor outside a Paris nightclub has cast a spotlight on rugby’s cocaine problem.

“It’s only my opinion, but I have the impression that in certain clubs and among many players, coke is very popular,” said Toulon president Mourad Boudjellal as he announced the immediate suspension of Australian O’Connor.

Former All Black Williams has also been suspended by Racing 92 after he was charged with buying cocaine and O’Connor with possession. They were allegedly detained outside a club near the Champs Elysees in possession of 2.4 grams (0.08 ounces) of white powder.

Sporting circles have long dismissed cocaine as just a party drug. But experts have highlighted its role as a stimulant, particularly valuable in a high-octane spectacle like rugby.

Christian Bagate, a former head of the French Rugby Federation medical commission, has spoken of “the Monday-Tuesday-Wednesday corticosteroid-cocaine cocktail”.

The mix can help a player through heavy training sessions at the start of the week and be ready for a match at the weekend. Taken on Monday, the body can quickly eliminate any trace before any checks are likely.

According to Bigard, cocaine increases the heart rate but also eats into energy reserves. “In reality, the situations where cocaine helps performance are in short burst, high-intensity efforts like in a weightlifting movement.”

In rugby it could help a sudden explosive effort, a split second decision or to resist the crunching effects of tough tackling.

But it is a danger. Bigard says athletes under the influence of cocaine are 20 times more likely to suffer sudden death than the average consumer. It is also addictive.

“It is a very practical product, easy and cheap to buy, for taking care of match after-effects and putting up with the heavy workload,” said former French rugby international Laurent Benezech, author of a controversial 2014 book on the use of drugs in rugby.

“The barriers between the party side and the sporting are not solid. The first contact with cocaine almost certainly comes in the former,” added Benezech.

South African-born former French international Pieter de Villiers was at the centre of a doping storm when he tested positive for cocaine and ecstasy in 2003 and was banned for bringing the game into disrepute.

The use of steroids is also widely recorded in rugby around the world.

Of the 52 sportspeople on the British anti-doping agency’s sanctions list at the end of 2015, 16 were from rugby union and 13 from rugby league.

Boudjellal said that O’Connor’s case was “complicated”, and it might affect his contract renewal negotiations.

“It’s tough to defend him. We’ll talk about it with him,” Boudjellal said. “He’s a 26-year-old kid, I’m neither there to destroy him nor support him.”

Boudjellal said French clubs had to act against the spread of cocaine.

“We’ve had the alcohol stage, now we’re at another one. We can’t support that. That needs to stop.”

And rugby is not alone in suffering from a cocaine bust.

Cocaine “stimulates the nervous system, stops you from being hungry, being tired, helps you overcome exhaustion. It gives an athlete the feeling of being invincible, of being a superman. It is a feeling you cannot resist”, the 2012 relay champion wrote.

While several sports are involved, Bigard said rugby players are most tempted. because there is no other sport with such “rising demands” linked to “a reduced recuperation time”.