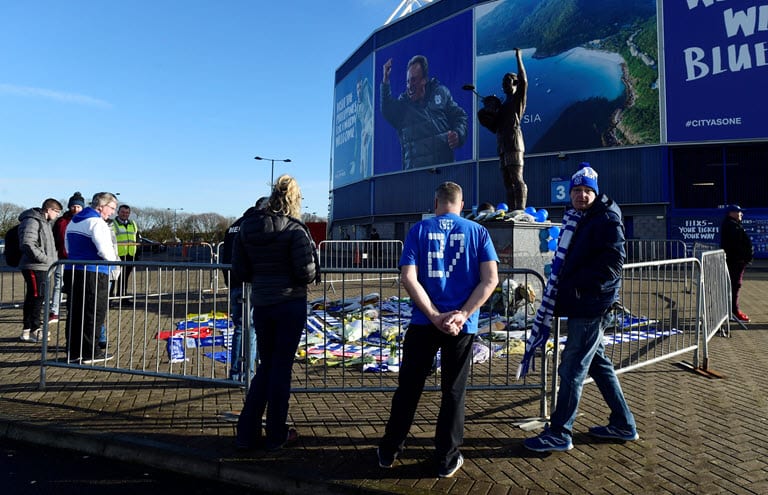 Sala, Cardiff’s new signing from Nantes, went missing on Monday when the plane he was travelling in disappeared over the English Channel and rescuers have ended their three-day search for the forward and pilot David Ibbotson.

“We’re going to plan a tribute on Tuesday at the Arsenal game for the fans to join in, and again at the home match against Bournemouth on Feb. 2,” Choo told Sky Sports.

“We’re still planning the details and we’ll speak to the family as well. We’ll announce details in the next day or two.”

The Premier League confirmed there would be a moment of silence during all matches next week as a mark of respect for Sala and Ibbotson.

“I just want to say, the Premier League and Arsenal have been incredibly supportive of our club and this situation,” Choo added.

Sala, 28, was en route to Cardiff for his first training session with the club after being signed from the French Ligue 1 side for a reported 17 million euros (£14.7 million) last week.