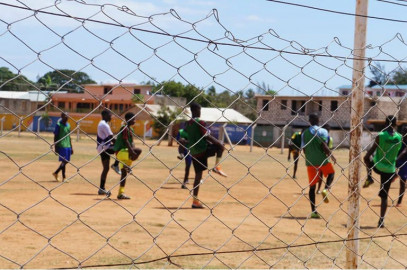 Cash-strapped National Super League side, SS Assad, are in the process of identifying and signings seven new players ahead of the 2022/23 season.

Head coach Ali Marumu says they have been training for weeks as they monitor their targets whom they hope to capture before the second-tier league resumes.

The coach, who guided the team on their maiden season in the second-tier league finishing up at position 12, has been conducting meetings with the officials to chart the way forward.

Marumu however notes all his departments need reinforcement if they are to become competitive.

“We are looking for two defenders, two strikers, two midfielders and a goalkeeper, and at least some local young boys who will strengthen our squad depth,” he said, adding that,  “Alex Mwalimu who finished as the top scorer in division one league in 2021/22 is one of the players I’m in touch with to join us”.

“Mwandaru joined APS Bomet as the two others are set to join Muhoroni who acquired Wazito FC slot in the Premier League.”

Marumu has also called upon the new Kwale county government to extend their support ‘to the only team in the county playing in the National Super League’.