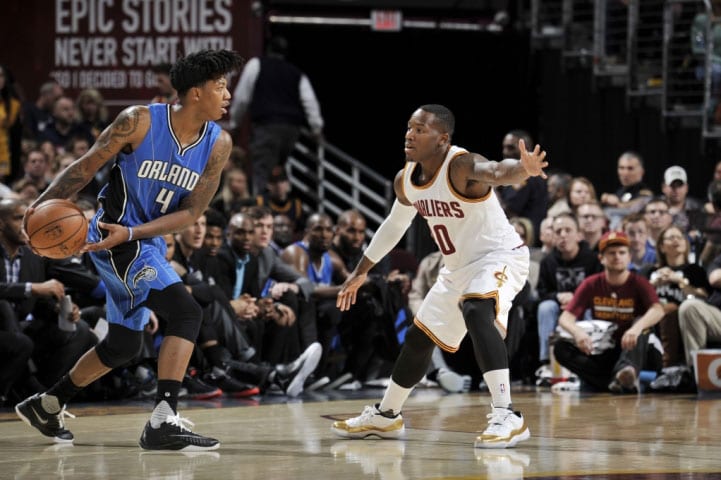 It wasn’t always pretty, but the Cleveland Cavaliers held on for a 105-99 victory over the Orlando Magic on Saturday to stay unbeaten in the fledgling NBA season.

Shooting guard J.R. Smith, whose contract dispute dragged on through training camp before the reigning NBA champs inked him to a four-year deal worth as much as $57 million, gave good value with three three-pointers in the final three and a half minutes as Cleveland won after letting most of an 18-point lead get away.

“Not every game is going to be pretty for us,” Cavs guard Kyrie Irving said. “We understand that. (We) came off a kind of late win just like this against Toronto yesterday and now Swish (Smith) hit the big shot. For us it’s just about being ready no matter what the score is. We’ve just got to stay resilient.”

Superstar LeBron James had 23 points, nine assists and six rebounds, Irving added 20 and Smith shook off another slow start to score 16 points — 11 of them in the fourth quarter.

Kevin Love fouled out in the final minute with 19 points and five rebounds as the Cavaliers improved to 3-0 for the season less than a week after raising their 2015-16 championship banner.

After controlling most of the contest, Cleveland opened the fourth quarter shooting just 2 of 12. They went more than five minutes without a basket from the floor, and the Magic had trimmed the deficit to 88-85 with four minutes to play.

“I just thought there was a stretch in the game where we messed around, took some bad shots,” Cleveland coach Tyronn Lue said.

Lue said Smith is still finding his rhythm after missing all but one pre-season game.

But James found him in the corner for a big three-pointer after Orlando’s Elfrid Payton’s jump shot pulled the visitors within three.

Smith added another three-pointer on the Cavaliers’ next trip down and one more in the final minute.

“The guys just set the table for me,” Smith said. “It was just time for me to eat.”

In Denver, Damian Lillard made a floating seven-foot shot with three-tenths of a second remaining in overtime to lift the Portland Trail Blazers to a 115-113 triumph.

Portland erased a nine-point fourth-quarter deficit, handing the Nuggets a defeat in their home opener for the third straight year.

Lillard scored 37 points and C.J. McCollum added 23 with 10 rebounds for the Trail Blazers.

Nikola Jokic scored 23 points and pulled down a career-high 17 rebounds and Emmanuel Mudiay had 21 points for the Nuggets on what proved an eventful night at their Pepsi Center arena.

At halftime the Nuggets retired the number 55 of Dikembe Mutombo, the Congolese great whose Hall of Fame career spanned 18 seasons.

But the night on which he was honored didn’t go entirely smoothly. With 9:18 remaining in the fourth quarter half of the overhead lights in the arena went out, delaying the game for 28 minutes.

Portland put a further damper on the festivities with their huge rally, scoring the last six points of the game to win it.

San Antonio never trailed after the first quarter and used a 17-4 scoring run late in the third period to take a stranglehold on the contest.

Spurs forward Kawhi Leonard scored 16 of his team-high 20 points in the second half and San Antonio smothered Pelicans power forward Anthony Davis, who came into the contest averaging 47.5 points per game in the young season but was held to 18.

Pelicans coach Alvin Gentry was asked if games against Western Conference powers Golden State and San Antonio on consecutive days was the toughest back-to-back the NBA had to offer.

“We’re playing against a team that won 73 games and a team that won 67 games,” he said. “I don’t know if there’s ever been a back-to-back where you play against teams that won 200 games.”