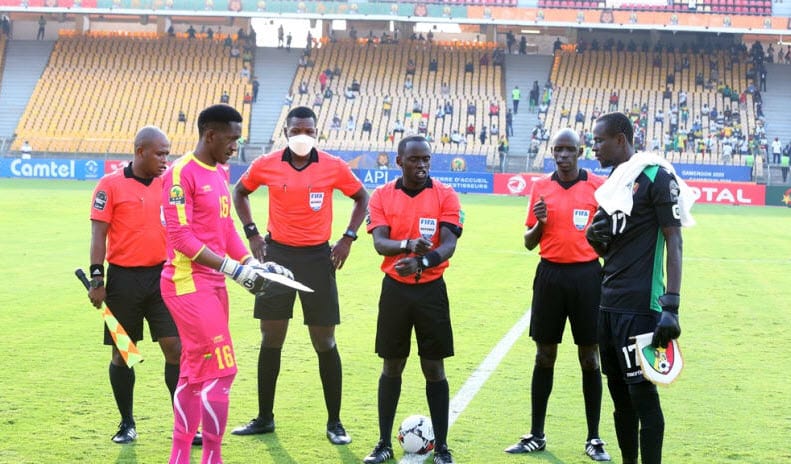 This is after two Kenyan referees  – Peter Waweru and Gilbert Cheruioyot made a milestone by officiating the final of the 2021 African Nations Championships (CHAN) in Cameroon on Sunday – as centre and first assistant referee respectively.

In the match Morocco beat Mali 2-0 to defend the title becoming the first team to win the competition two times in a row.

The Kenyan duo had also officiated the quarter-final match pitting Mali against Congo.

Makau, also a FKF NEC member, said the success of the two is manifestation of the benefits of development programs put in place by FKF in the last four years.

“As a federation we’re very happy to see our referees officiate a big tournament like CHAN, for the first time and it goes down to a good leadership. That exposure will in the long run improve our football status in Kenya. Currently we’ve got about 16 referees of elite status and our target is to have more in that category,” Makau told Citizen Digital.

He also added that FIFA-funded courses have changed the fate of local referees while at the same time urging county governments to partner with FKF to ensure all grassroots referees receive quality training.

“As of last year FKF had trained more than 2000 referees since 2016, and we plan to hold more courses this year. I urge county governments to closely work with the federation to uplift grassroots football.”

Makau also revealed that they have shortlisted over 200 referees to undergo a four-day Physical Endurance Test (PET) in Kericho starting February 16 to 19.

Meanwhile, FKF Kitui County branch in partnership with the County Government of Kitui has embarked on an intensive five-day training course for over 80 referees drawn from the county.

The exercise which began Friday and ends Wednesday, is aimed at bridging a gap in football officiating and management ahead of the return of lower tier leagues.