Chebet brimming with confidence ahead of Olympic trials 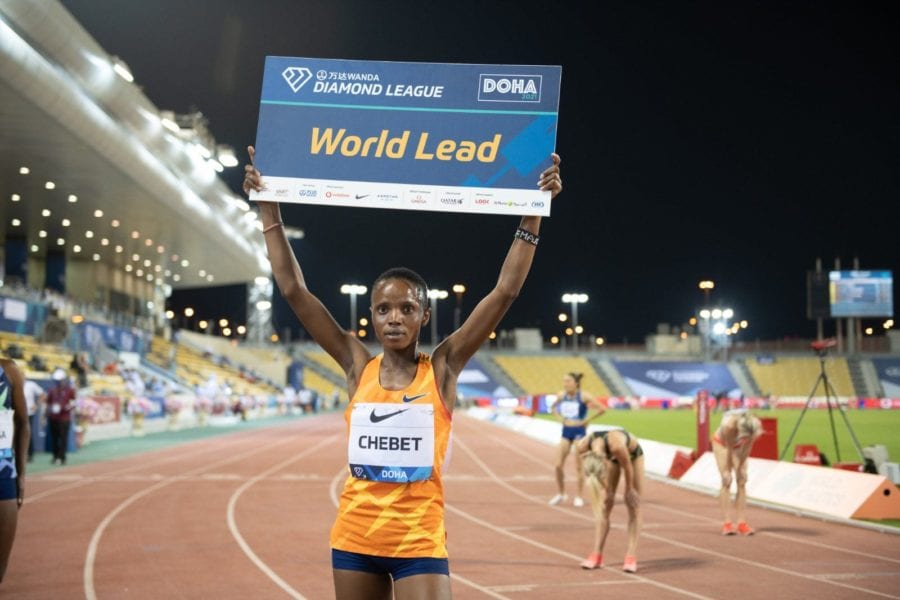 World Under-20 5000m champion Beatrice Chebet is hopeful of making the cut in Kenya’s Olympic team during the national trials planned for June 17-19 at Kasarani Stadium.

Chebet is among 18 athletes who have been invited to battle it out for the three available slots in 5000m in the finals set for Thursday.

The 21-year-old enjoyed a brilliant start to her season after destroying a strong field in 3000m at the Doha Diamond League on May 28. She ran a world leading 8:27.49.

“It was my first win at the Diamond League. It was something I was not expecting especially when you take into consideration the experienced field I was facing. My target was to attain a new personal best,” Chebet told Citizen Digital.

Just four days later, Chebet also obliterated the 5000m meeting record at the Montreuil meeting in France when she clocked 14:52.06

“I can only attribute this to a very good pre- season. As an athlete who has been transiting from the junior to senior category I am very happy with my progress so far,” she said.

The reigning world junior cross country champion is now eyeing her maiden appearance at the Summer Games but will have to overcome the final hurdle- national trials.

The event will largely be a repeat of last month’s Doha show as Chebet will once again take on two-time world champion Hellen Obiri and World silver medallist Margaret Chelimo.

“It will not be easy. You know everybody want to be part of Kenya team. My target to make the team irrespective of the position I get,” said Chebet.

Kenya will be seeking to defend her title in the women’s 5000m won by Vivian Cheruiyot at the Rio Games.

Cheruiyot has since moved to road races and is in the marathon team for the Tokyo Games set for July 23-August 12.