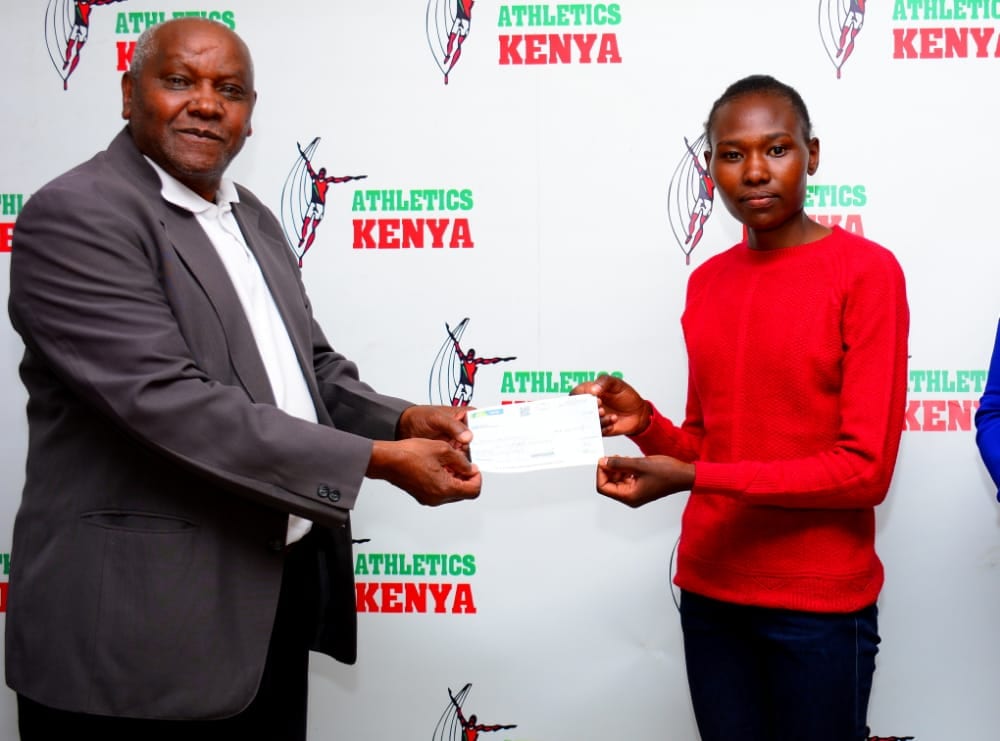 After bagging gold medal at the 2019 World Championships in her maiden appearance for Kenya, Ruth Chepngetich is now eyeing another gold when she makes her debut at the Olympic Games this summer.

The 26-year-old who trains in Ngong said hard work and determination is key to her success over the 42.2km race. She is however wary of the tough competition that awaits her when she lines up on the streets of Sapporo.

“My target is to bring home a gold medal at the Olympics. I know it won’t be easy as it requires a lot of focus, perseverance, hard work and even discipline and with that I believe there is nothing impossible,” said Chepngetich.

The athlete placed third at the national cross country championships last month in what was her first competitive action since finishing third at the last year’s London Marathon.

Chepngetich was speaking on Wednesday when she received a cheque worth Sh125, 000 from the National Olympic Committee of Kenya to aid her preparations for the Games.

In an event held at Riadha House, Athletics Kenya Vice President Paul Mutwii said the marathon team of eight athletes will train individually in their respective camps and later converge for a few weeks before they depart for the Olympics.

“We decided that the athletes remain in their respective camps but will later team up before they leave for Tokyo. We also want to thank NOC-K for the support they have given to them as they continue with their training,” said Mutwii.