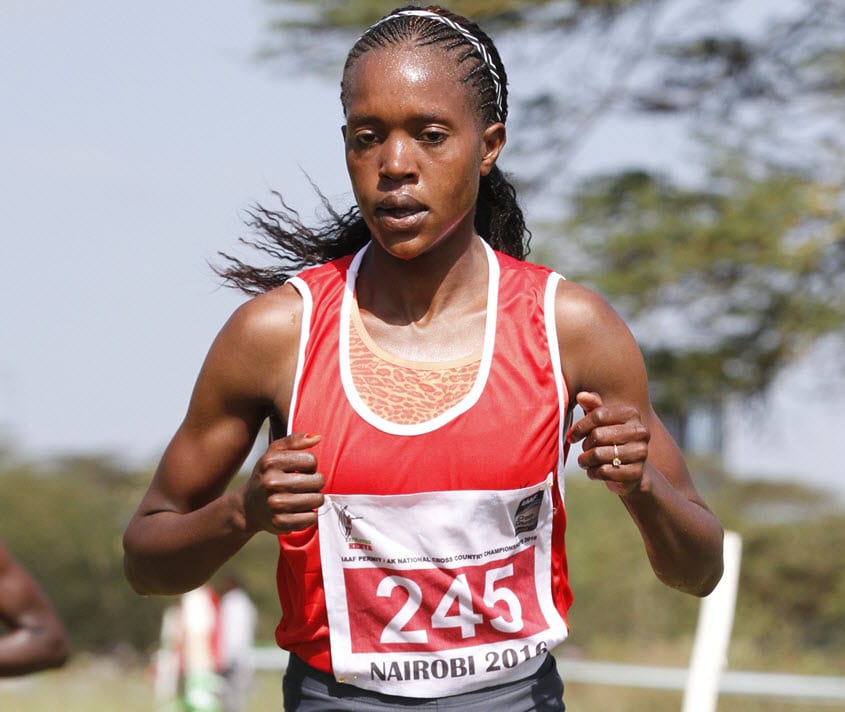 Beijing women silver medallist, Faith Chepng’etich will renew her rivalry with Dutchwoman; Sifan Hassan over 1500m at the second IAAF Diamond League meeting in Shanghai, China on May 14 organisers announced on Friday.

Kipyegon beat Hassan to the silver medal at the IAAF World Championships last summer and the Kenyan got the better of her Dutch rival again in the 2015 IAAF Diamond League in Brussels when she broke the African mile record to claim a victory over the imperial distance.

However, Hassan won the women’s 1500m Diamond Race last season and claimed the world indoor title in Portland last month, adding a first global title to the European Championships crowns she clinched indoors and out in 2015 and 2014.

With an undefeated indoor season behind her, Hassan will inevitably begin her 2016 outdoor campaign full of confidence for the Olympic summer ahead; although Kipyegon will provide the sternest of early-season tests for the 23-year-old.

At 22, the Kenyan is a year younger than her Dutch rival but has already gathered a string of titles to her name having won world junior cross country titles in 2011 and 2013, taken world youth and junior gold medals on the track in 2011 and 2012, as well as the Commonwealth Games 1500m crown in 2014.

Both have good reason to relish their return to the Shanghai Stadium.

Kipyegon broke the Kenyan junior record when finishing fifth here in 2012, while Hassan lowered the Dutch under-23 record when she was third at this meeting two years ago.

Hassan lowered her national 1550m record once again last season in Monaco to a brilliant 3:56.05 and Kipyegon’s own personal best is remarkably similar at 3:56.98, the African junior record she set in Doha three years ago but has broken four minutes for 1500m every year since.

Report by the IAAF