Cheroben to defend Copenhagen Half title 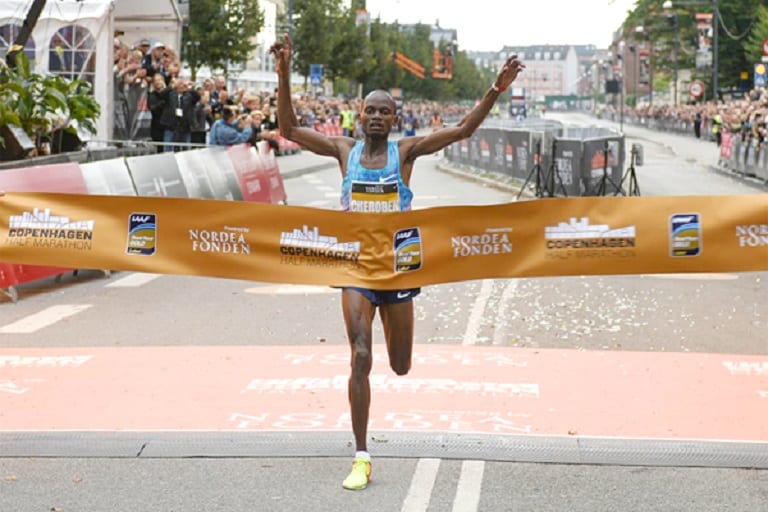 Organisers of the Copenhagen Half Marathon have assembled one of the deepest half marathon fields in history for the IAAF Gold Label road race on 16 September. “An elite field boasting 17 sub-60-minute men, including three of the four fastest half marathon runners over the past six years, is proof of an extremely high level,” says Jakob Larsen, director of the Danish Athletics Federation. “Actually, I don’t think we have seen anything like this in many years.” Abraham Cheroben will be back to defend his title, having won last year in a world-leading 58:40. His main opposition looks set to come from Berlin Half Marathon champion Erick Kiptanui, who has announced that he will be attacking the world record in Copenhagen. Kenya’s Jorum Okombo and Alex Korio, who finished second and third respectively in Copenhagen last year, will also be back in the Danish capital. Along with Cheroben, they were the only men to run faster than 59 minutes in 2017. Such is the quality of the field, USA’s Olympic bronze medallist and Chicago Marathon champion Galen Rupp, who has a best of 59:47, is just the 12th-fastest entrant. Two-time world indoor 3000m champion Yomif Kejelcha, meanwhile, will be making his half marathon debut. The women’s race also boasts superb depth as it contains seven runners with PBs faster than 68:00. Joan Melly, the fourth-fastest half marathon runner in history, will take on Ethiopia’s Netsanet Gudeta, who won the world half marathon title earlier this year in 1:06:11, a world record in a women-only race. “Until now, a world record in the women’s race was not realistic,” said Larsen. “But with world champion Netsanet Gudeta and Joan Melly in the line-up, we will see a really fast race. Melly has announced that she will be attacking the world record, and with a personal best of 65:04 earlier this year, she has demonstrated that she has the required ability.” The field also includes European 5000m champion Sifan Hassan, who will be making her first serious attempt at the half marathon.