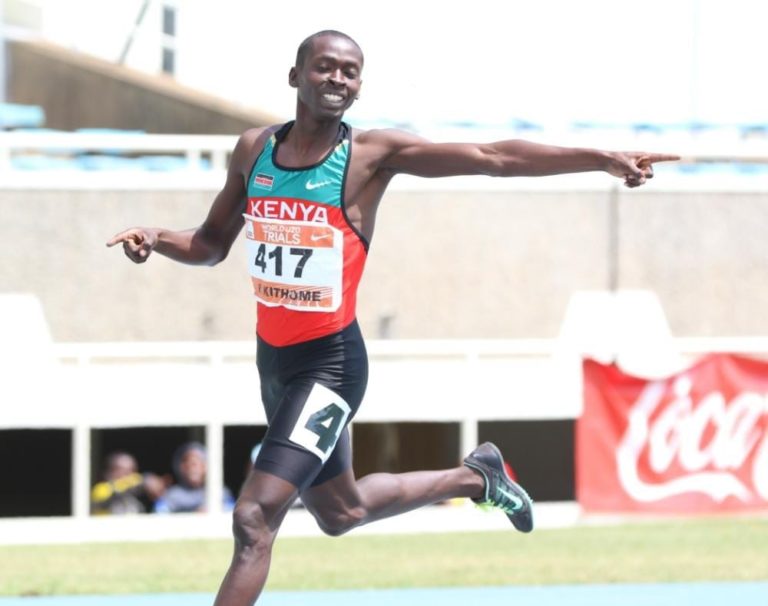 Maurine Cherotich from South Rift and Zena Jeptoo from Central Rift will lead Kenya’s charge in the 5000m at the World Under-20 Championships.

Cherotich claimed victory in the 12-lap race when she clocked 15:44.00 as Kenya’s trials for the World Under-20 event entered its second day on Friday at the Moi International Sports Centre, Kasarani.

“I am happy to have won today’s race and to also make the national team. I am expecting tough competition from other countries but I will do whatever it takes to get a gold medal,” said Cherotich.

The Form one student at Tulwet Secondary School said she is also ready to fight for a slot in the 1500m race as she eyes double events in August.

“I will do my best tomorrow (Saturday) to try and qualify also in the 1500m. I feel currently I am in a good form,” she said.

Jeptoo who led for large spells of the race rued her poor finishing which she vowed to improve on ahead of the global showpiece.

“I am really happy to have made the team despite finishing second. My target was to go for fast times and that is why I surged forward. I however feel I must improve on my finishing power,” said Jeptoo, an alumnus of Riruta Central Secondary School.

In the men’s 400m hurdles Peter Kithome from Southern triumphed after clocking 51.53 seconds ahead of Allocius Kipngetich from Central Rift who timed 52.69 as the duo beat the qualifying mark of 53.10

“It was a good race and I think I can build on this performance in preparation for the Under-20 championships. I still have to improve on my speed since my target is to run 50.00 or even 49.00,” said Kithome who is based at Machakos.

Meanwhile, Noah Kibet from North Rift clocked 1:47.31 to win the first semi final in the men’s 800m and seal a spot in the finals slated for Saturday.

“It was a very competitive race and having run 1:47, I think I have to improve in the finals since it will be a tight encounter,” said Kibet.

Brian Kiptum also from North Rift was the winner of the second semi final after timing 1:47.49 edging Eli Kibet from Western (1:49.05) and Kenneth Kipkemoi from South Rift (1:49.32) who finished second and third respectively.

Cabinet Secretary for Sports Amina Mohammed who graced the event said she is happy with the progress made by the organisers in readiness for the World Under-20 Championships.

“I have no doubt we will be ready to host a very successful event in August. You have seen from this event we have laid protocols which will also be implemented at the main event,” said Amina.

The three-day event concludes on Saturday with the naming of the national team.