World 1,500m champion Timothy Cheruiyot believes the World Record over the distance can be lowered ”when the right time comes.”

According to Cheruiyot, the 21-year-old record of 3:26.00 held by Morocco’s Hicham El Guerrouj will fall only through proper preparations and planning.

After winning his maiden gold medal at this year’s World championships held in Doha, Qatar, the 24-year-old has now set his sights on next year’s Olympic Games to be held in Tokyo, Japan.

“Yes, I know the record has been there for long. In order to achieve that (lower) then we have to focus on our training and for sure the record will fall one day. For now, my focus is to make the team for the Olympic Games and try to win a medal, “he said.

After playing second fiddle to his training partner and former world champion Elijah Manangoi both at the 2017 World Championships and 2018 Commonwealth Games, Cheruiyot could not hide his delight upon winning his first gold medal in Doha after a splendid performance that saw him lead the race from gun to tape.

“My win in Doha meant a lot to me because it (gold) was something I had yearned for the past four years an I thank God for enabling me to achieve that,” said Cheruiyot. 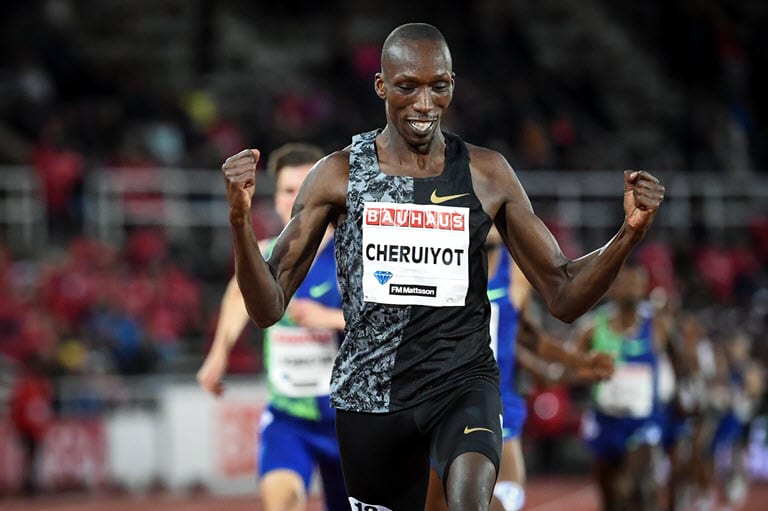 Having also won a record third consecutive Diamond League title, the 24-year-old is now gearing towards the upcoming season where he is also eyeing record fourth Diamond League series trophy.

“I was elated when I won my third consecutive Diamond League title. It was through hard work in training that I made it. I want to try and win another title next season,” said Cheruiyot.

The athlete has also hailed his training partners at the Rongai Athletics Club under the watchful eyes of tactician Bernard Ouma for pushing him to success.

“I get out well with my training partners (Elijah and George Manangoi) where we try to improve each other. Hopefully we can bring the Olympic gold, it doesn’t matter who among us wins, the most important thing is to bring the medal home,” concluded Cheruiyot.