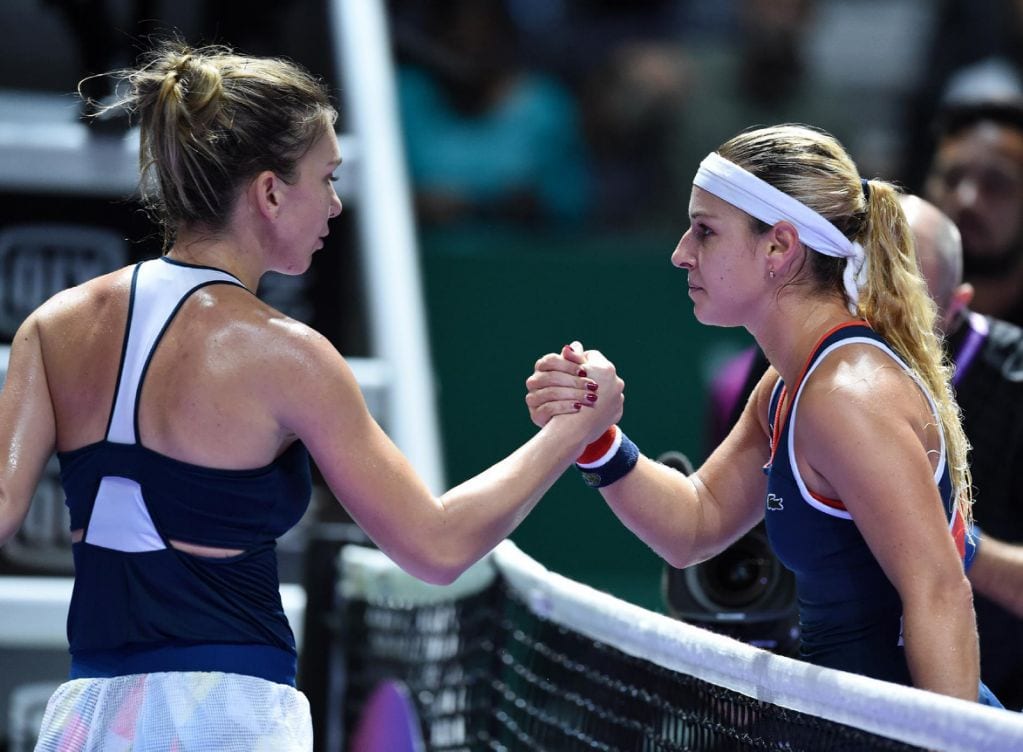 Slovakia’s Dominika Cibulkova claimed her first victory at the WTA Finals on Thursday, beating Simona Halep of Romania 6-3 7-6 (7-5) in their last round-robin match.

The result eliminated Halep from the $7 million tournament and ensured world number one Angelique Kerber a place in Saturday’s semi-finals, regardless of the outcome of her match with Madison Keys, scheduled for later on Thursday.

Cibulkova, beaten in her first two Red Group matches, remained unsure of whether she would progress or not. The 27-year-old will qualify for the semis if Kerber beats Keys in straight-sets but if the American wins at least one set, she will go through instead.

Russia’s Svetlana Kuznetsova had already booked her spot in the knockout rounds as the winner of the White Group. The defending champion, Agnieszka Radwanska plays US Open finalist Karolina Pliskova on Friday to decide the last semi-finalist in the elite eight-player event.

Halep, a runner-up at the end-of-season championship two years ago, made a great start to the tournament with a comfortable win against Keys only to lose her last two matches in straight sets.

She only needed to win one set against Cibulkova to remain in contention for the playoffs but bowed out after dropping the first after just 29 minutes, hitting a forehand return over the baseline, then the second in a tiebreak with another return error.