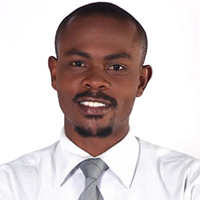 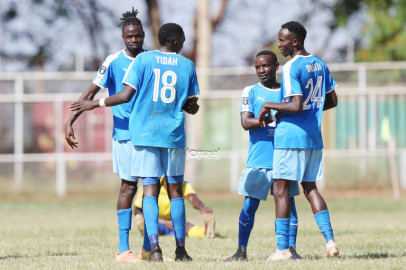 Nairobi City Stars CEO Patrick Korir has backed newly-acquired youngster Pius Omachi to flourish in the Football Kenya Federation Premier League despite his lack of experience in the competition.

Omachi sealed a season-long move to City Stars after falling out with his boyhood club Vapor Sports.

Speaking to Citizen Digital, Nairobi City Stars CEO Patrick Korir said that the Simba Wa Nairobi kept close tabs on the player since his days as a student at the Dagoretti High School where he was the games captain.

He featured for a couple of test matches for the club albeit as a guest player, before the KPL side decided to snap him up.

"He is training well, he is a good player and I have no doubt he will succeed here, he is in high spirits and ready to prove himself in the competition and most importantly, to help the club attain its objectives," he said.

The 18-year old revealed his dream of playing and scoring regularly despite the fact that he will be competing for playing time with the seasoned players who were retained by the club.

“I fully understand that I am transitioning to a level that demands one to give his best. I know there will be high competition for playing time but I am ready to prove that I am equal to the task,” he said, adding that, “The club has a plan of winning titles in the new season and I feel it will be a humbling experience to help in achieving it by scoring and creating goals regularly,” Omachi told the club website.

City Stars have of late lost established players and are seemingly turning to fresh talents to plug the deficit.