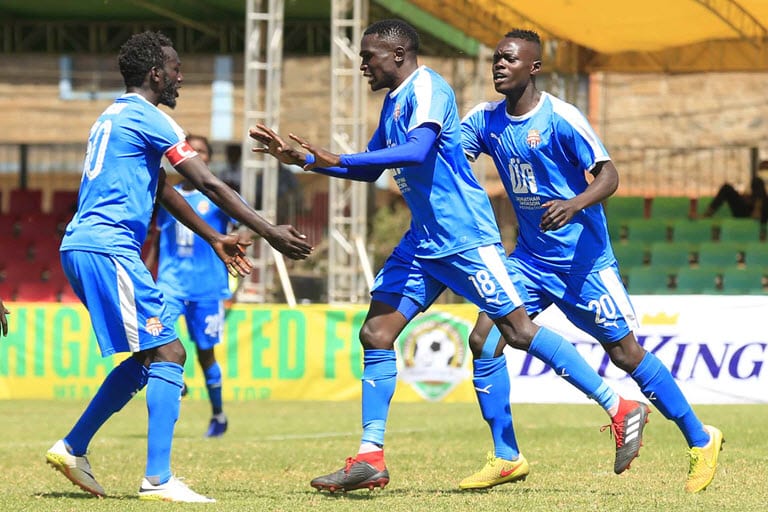 Veteran midfielder Peter ‘Pinchez’ Opiyo, Davis Agesa and Salim Abdallah were on target for the Sanjin Alagic side, all goals coming in the first half of the ill-tempered clash that saw both sides reduced two 10 men.

Sofapaka custodian Aigba Moubarak was the first to be given his marching orders at the stroke of halftime, for a reckless challenge on former Gor Mahia forward Nicholas Kipkirui.

But six minutes to regulation time, former Kariobangi Sharks midfielder Sven Yidah saw his second yellow card and was hence sent off, his only second red card in his Premier League career.

The win propels City Stars to number 10 on the 17-team log with 20 points, a place above the 2009 champions who three places above them before the clash.

City Stars started on a promising note, winning a penalty just three minutes into the match, which Opiyo skillfully converted by sending the Togo international – Aigba the wrong way.

But it was the Sanjin men who would double the advantage just at the quarter-hour mark, Agesa tapping in from Rodgers Okumu’s sumptuous cross.

At the half-hour mark, Sofapaka had their best chance of the match when they were awarded a penalty from Bolton Omwenga’s handball in the box, only for Juma to miss the target much to his chagrin, as he had deceived Njung’e to the wrong direction. The ball hit the post and bounced outside.

Abdallah killed the game in the 37, heading home from Omwenga’s cross to pile pressure on the Ken Odhiambo coached side, and no wonder Aigba was desperate to stop Kipkirui to avoid the fourth just before the break only to end up seeing red card.

Upon the restart, The Simba wa Nairobi continued from where they left although Odhiambo was keen on avoiding further damage hence deploying more men in the middle of the park.

City Stars would have made it 4-0 in the 54th, when Okumu won a penalty having been fouled in the box by Isaac Mitima, only for substitute Kevin Omondi to stop skipper Anthony Kimani’s shot.

Yidah, who had been booked in the towards the hour-mark for a hard tackle on Juma, was shown his second yellow card for yet another similar challenge as the clock ticked fast towards fulltime, but it was too late for Batoto ba Mungu to reorganise and capitalise on the gap.

Sofapaka are now 12th on the log with 19 points, after 17 rounds of matches.