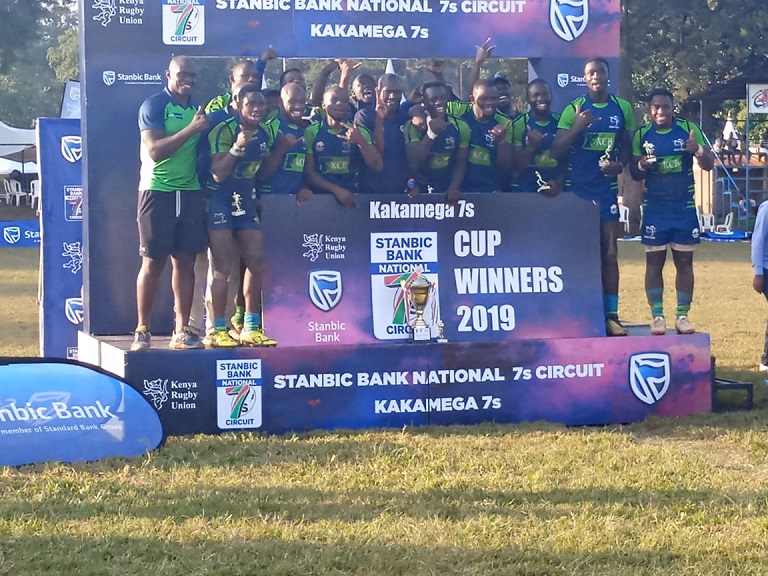 Kevin Wambua’s charges scored five tries converting one against the Gibson Weru’s charges one converted try to complete a 1000 percent win record at the tournament.

Kenyan international Billy Odhiambo scored a brace to help the host get the victory after finishing fifth in the last year’s tournament played at the Kenyatta Stadium in Machakos mid-August.

The third place finishers in Kakamega last weekend at the National sevens circuit opener Mwamba took a 15-00 lead by half time after Steve Sikuta scored the first try and Tony Omondi missing the twos.

Winger Omondi played a one two play with skipper Collins Injera scoring Mwamba’s second try with Omondi missing the conversion to give his team a 10-00 lead.

Shujaa regular Odhiambo went over the whitewash for the third and Injera missing the twos.

The second half was not different for the ‘Kulubu’ as they came back fighting even stronger with Shujaa’s top try scorer in the HSBC Sevens Series scoring the fourth try and the conversion going wide.

Billy Odhiambo scored his brace with Injera converting it to make it 27-7 by full time.

Odhiambo scooped the MVP award in the second leg of the National sevens circuit.

Outstanding Tony Omondi from Mwamba was the Most promising player.

The circuit takes a break next weekend before resuming with Dala Sevens to be hosted by Kisumu Rfc in a fortnight.