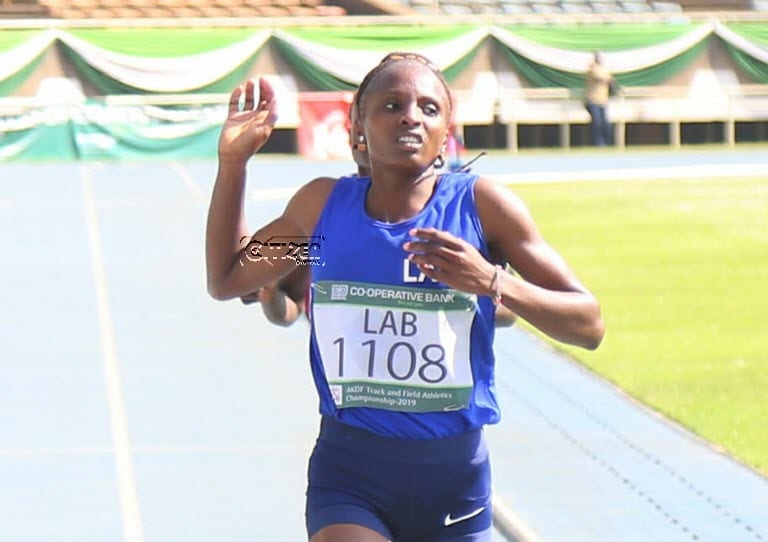 The three-day championship came to an end today at the Moi International Sports Centre, Kasarani with the military side using the games to select their team ahead of the national championships.

Obiri representing Laikipia Airbase clocked 31:43.0 with Jepkosgei of Modika trailing in the second place in 31:43.8 while Irene Kimais of Thika closed the podium in 32:0.6.

The Commonwealth Games champion said it was tough competing with Jepkosgei especially arriving in the eve of the competition from USA where she competed at the Prefontaine Classic at the weekend.

“It was really tough because I have just arrived after a long journey and I think I did my best considering it was my first time competing in 10k at the KDF championship,” said Obiri.

The World Cross Country champion said she is yet to decide if she will compete in 1500m or 10,000m in the national championship which will also double up as trials for the World Championships.

“Having earned a wild card in 5000m I will either take part in 1500m or 1000m at the trials.  If I decide to take 10k then I will double at the worlds but if I settle on 1500 I will be using it for my endurance, ” revealed Obiri who finished sixth in 3000m at the Prefontaine Classic.

In the men’s 200m Mike Mokamba of Moi Airbase won the race in 20.5 with Alphas Kishoiyan (20.7) and Samuel Chege (20.9) finishing second and third respectively.

In the women category, Queenectar Kisembe of Laikipia Airbase stormed to victory in 25.0 with the Lanet duo of Naomi Kiplangat (25.1) and Catherine Nandi (25.2) coming second and third respectively.

In the corresponding men’s race, Charles Simotwa of Kahawa crossed the finish line first in 3:40.3 as Eliud Kipsang of Moi Airbase trailed in the second place in 3:40.3 as Evans Kipchumba closed the podium in 3:40.5

The championships was graced by Defence Cabinet Secretary Raychelle Omamo.