Clinical Kenya put Sudan to the sword in CECAFA U15 tourney 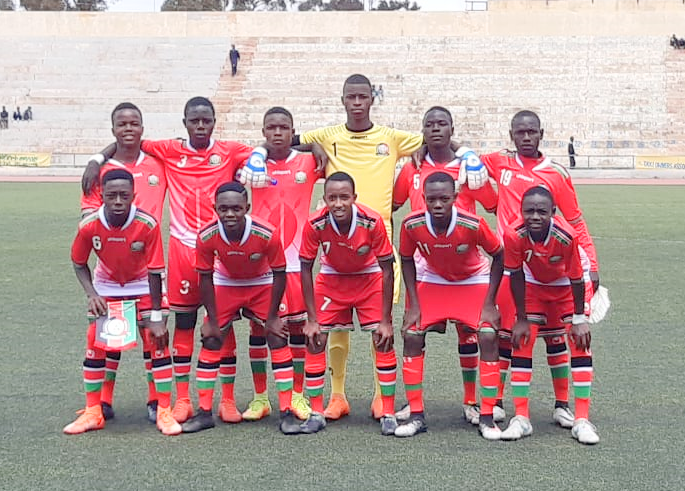 Kenya’s junior football team thumped Sudan 4-0 in their second match of the CECAFA U15 Championships played on Sunday in Asmara, Eritrea.

Kevin Wangaya bagged a brace in the 12th and 24th minutes with Joseph Munala netting the third in the 27th minute to see the Junior Stars go back to the dressing room at halftime with a healthy 3-0 lead.

Gil Harel added the fourth shortly after resumption to make it 4-0.

This was their second win in two matches following their opening day victory over Somalia on Friday.

Focus now shifts to their third group match against Burundi on Tuesday before they wind up their Group A roster against hosts Eritrea on Thursday.

The top two teams from each of the two groups will automatically qualify to the semis, set to be played on August 28, while the final has been scheduled for August 30, 2019, in Asmara.