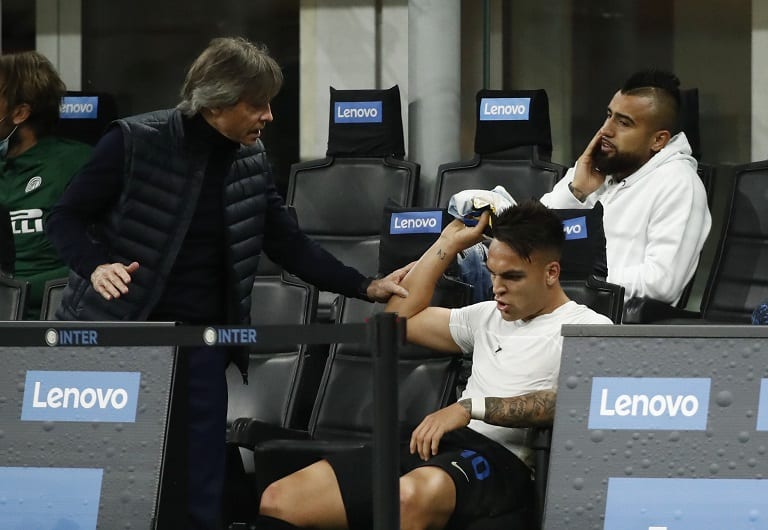 Inter Milan boss Antonio Conte and Lautaro Martinez pulled no punches in a heated confrontation during Wednesday’s victory over AS Roma but the pair settled their differences in a light-hearted boxing match at their training ground on Thursday.

Players and staff built a makeshift ring using cones and tape, with Conte and Martinez both wearing boxing gloves as they were introduced by Inter striker turned ring announcer Romelu Lukaku.

“Live from Madison Square Garden, It’s Lautaro Martinez!” said Lukaku as the players cheered for the Argentine striker in a video posted here on the club’s Twitter account.

The video clip marked an harmonious ending to the touchline fall out between the pair on Wednesday when Conte substituted Martinez, who reacted angrily by kicking a water bottle and throwing his shirt to the ground.

The pair appeared to have made up as they were all smiles during the friendly bout, where they exchanged a few soft punches before posing for pictures.

Inter have already won the Serie A title, their first Scudetto for 11 years.