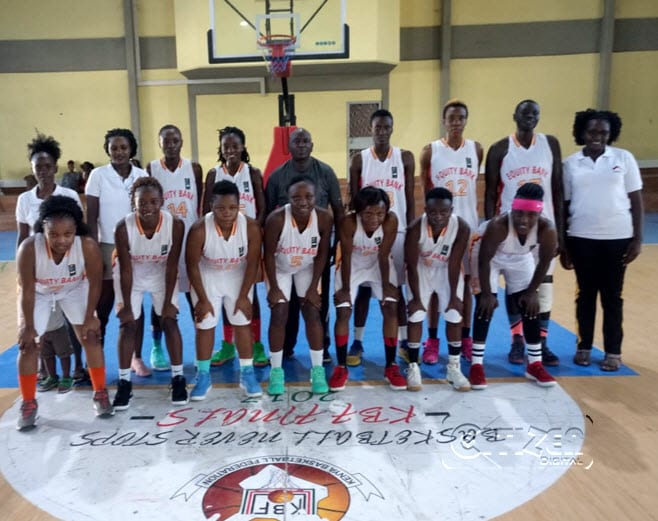 Daggers are clearly drawn and the stage is set for a perfect rematch at the Nyayo National Stadium Gymnasium beginning  Wednesday when KPA and Equity Bank continue with their tussle for the Kenya Basketball Federation women league title.

And despite winning Game Two of the final series playoffs at the weekend at the Makande Gymnasium in Mombasa, KPA head coach Mike Opel says winning the title won’t be a walk in the park.

To reclaim the gong from holders Equity, KPA will have to be at their flawless best in the three games left – all primed for Nairobi if they are to fend off threats from Equity Bank.

“They will be difficult matches in Nairobi as you know winning in Nairobi against Equity is not an easy task. But we hope game two win on Sunday will motivate my players to register wins,” Opel said.

On her part team captain Brenda Angeshi believes that if they continue with team work then they will prevail.

At the same time Equity head coach David Maina is upbeat that if his charges maintain focus, stick to their game plan and inject more effort, they’ll prevail in the three games left to retain the crown.

“If we play the way we played in Mombasa and remain focused then I believe  we will outshine them in the remaining games,” Maina said, while his captain Esther Butali is bullish that proper use of the  ‘big names’ in their roster  could as well lead to them defending the gong.

The race for the title remains delicately balanced at 1-1 after the Bankers won Game One 63-59 before losing Game Two to the Dockers 56-50 at the latter’s Coastal backyard.

Equity won the title last season after defeating the then champions KPA and it will be revenge on the cards when they collide in high stakes battle.