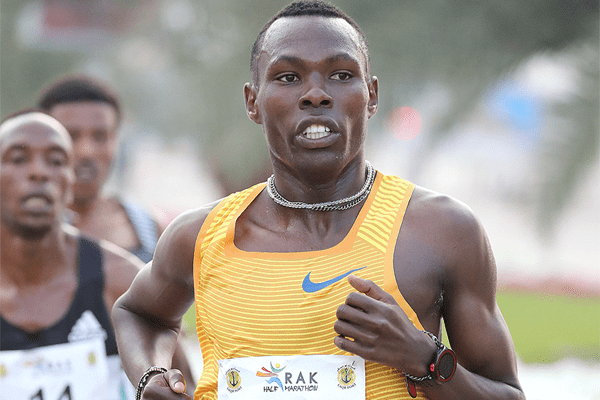 The confirmed elite fields for the RAK Half Marathon set for February 9 trump even the star-studded line-ups of one year ago.

Bedan Karoki is back to defend his title, having won last year in a lifetime best of 59:10. But with 15 men able to boast sub-60-minute bests – two more than last year – his task to win again will be harder than ever.

No fewer than 29 men have now broken the 60-minute barrier on the sweeping loops of the RAK circuit. Of the four men who achieved the feat last year, three of them will return to Ras al-Khaimah.

The versatile Augustine Choge, who clocked 59:26 to finish third last year in what was only his third half marathon, continues to seek experience before venturing to the full marathon.

Solomon Yego, who ran 58:44 on the downhill Rome-Ostia course in 2016, finished fourth in Ras al-Khaimah last year in 59:50, his fastest time on a record-eligible course. He too will return to the RAK Half.

Others in the field include Ethiopia’s Guye Adola, who last year clocked the fastest debut marathon in history with 2:03:46, and Kenyan 20-year-old Jorum Lumbasi Okombo, whose 58:48 clocking from Copenhagen last year made him the second-fastest in the world for the distance in 2017.

Others to watch include 2014 RAK Half Marathon winner and two-time Boston Marathon champion Lelisa Desisa, the Ethiopian having won his past four half marathons, and 21-year-old compatriot Jemal Yimer, who finished fifth in the 10,000m at the IAAF World Championships last year and will be making his half-marathon debut.

The women’s field, which boasts similar depth, will be announced next week.

The women’s race starts at 6:45 am local time with the men’s race due to start 15 minutes later.