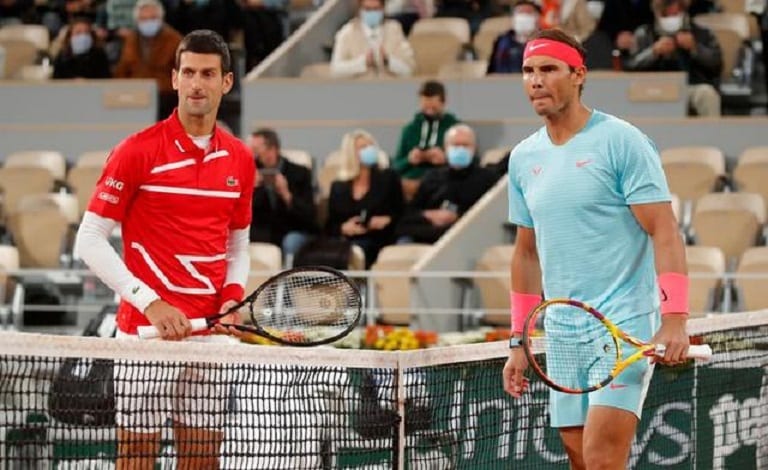 Top-ranked Novak Djokovic and Rafa Nadal will start their 2021 seasons on Feb. 2 when they lead Serbia and Spain respectively in the team-based ATP Cup ahead of the Australian Open.

The top two men’s players will be joined by world number three Dominic Thiem and Russian No. 4 Daniil Medvedev on the opening day of the tournament at Melbourne Park, which will also host the year’s first Grand Slam from Feb. 8-21.

Reigning champions Serbia, led by Australian Open holder Djokovic, will begin their title defence against Canada on Rod Laver Arena and will also play Germany in the group stages.

Austrian Thiem, who lost to Djokovic in last year’s final in Melbourne, will play the early session on the John Cain Arena against Italy.

World number two Nadal, part of the team that finished runners-up to Serbia, and ATP Finals winner Medvedev will highlight the evening sessions when they play against opponents from hosts Australia and Argentina.

The ATP Cup debuted last year with 24 teams and was held across three cities in Australia but there will be half the number of teams in this year’s edition due to the COVID-19 pandemic.

The start of this year’s tournament has been pushed back by a day to allow more time to train for 72 players confined to their hotel rooms after some passengers on the three charter flights that brought them to Australia tested positive.

Russia are the only team with two top 10 players in their side in Medvedev and Andrey Rublev, while Argentina and Japan are led by No.9 Diego Schwartzman and Kei Nishikori, ranked 41st.

The winners from each group will advance to the semi-finals.