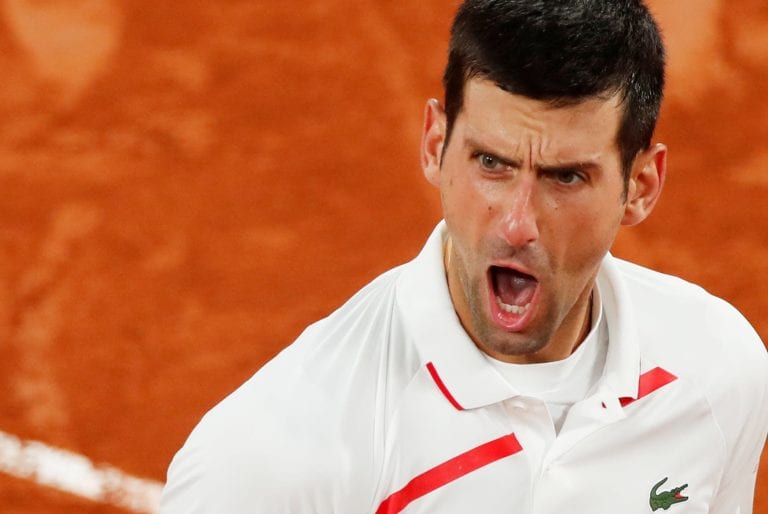 World number one Novak Djokovic overcame a scare in his bid for a ninth Australian Open as he saw off American Frances Tiafoe in four sets.

The Serb will face the winner of the all-American clash between Reilly Opelka and Taylor Fritz next.

Dominic Thiem eased into the third round but former champion Stan Wawrinka was knocked out on day three.

In hot conditions at Melbourne Park, Djokovic served 26 aces to Tiafoe’s 23 as the 33-year-old came through in three hours and 30 minutes.

“It was a very tough match and difficult conditions, while we had sun on the court it was very warm a lot of long rallies,” Djokovic said.

“I want to give a hand to Frances for a great fightback, it was a fantastic match.

“It is not the first time I am in this kind of situation but I was fortunate to get through the third set, it was anyone’s – high quality tennis, he gave it his all.”

American Tiafoe was upset at being handed a time violation and another led to the 23-year-old being docked his first serve in a game Djokovic went on to break in the fourth and final set. He also later received a code violation after an expletive-laden protest to the umpire.

“[It was] an unfortunate warning that took away his serve from him at 30-30 when I broke his serve,” Djokovic said. “That was unlucky because he deserved a first serve. It is what it is.”

Thiem, last year’s beaten finalist, was only on court for one hour and 39 minutes as he beat Germany’s Dominik Koepfer 6-4 6-0 6-2 on Rod Laver Arena.

The Austrian third seed will face Australia’s Nick Kyrgios or France’s Ugo Humbert in the next round.

But Swiss Wawrinka exited in a fifth-set tie-break loss to Marton Fucsovics.

Hungarian Fucsovics, the world number 55, raced into a two-set lead before 2014 winner and 17th seed Wawrinka fought back on John Cain Arena.