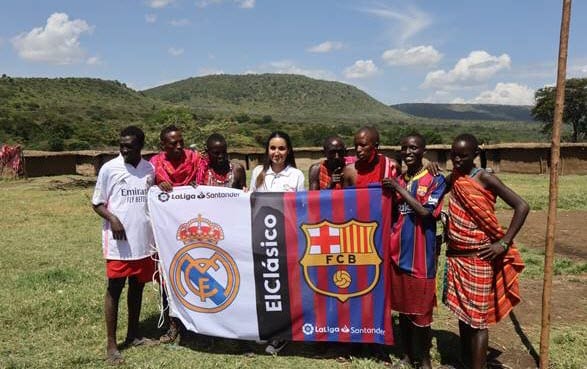 ElClásico, the most-watched club football match on the planet, is back. This Saturday, 10 April at 10pm (EAT), Real Madrid will host FC Barcelona in a pivotal battle in the 2020/21 LaLiga Santander title race, this time at the Alfredo Di Stefano stadium for the first time in history. Just three points separate Atlético de Madrid and their ElClásico rivals at the top end of the table and, with just nine games left to play, this Saturday’s match promises to have a crucial impact on both teams’ chances of making a bid for the top spot.

ElClásico is one of the longest-running and heated rivalries in world football and LaLiga’s activations highlight the passion and intensity of the game. As such, in the days leading up to the match, LaLiga is organising a plethora of international actions to show that ElClásico takes over the world.

LaLiga has quite literally taken the lounges where fans of ElClásico will watch the match and installed them on Mount Bromo, in the east of the island of Java, Indonesia; in a Boma of a Maasai tribe in Kenya; in the historic city of One Thousand and One Nights, Samarkand, in Uzbekistan; and set up a final lounge at the foot of the spectacular lake Eibsee in Germany.

In Kenya, LaLiga travelled all the way to Sekenani and installed a lounge in the middle of a Maasai Boma, on the outskirts of the Maasai Mara National Reserve, where the Maasai share breathtaking landscapes with ancient customs and traditions. The community enjoyed being part of the setting and showcased all their talent juggling LaLiga Puma balls followed by traditional songs and dances. Paul Kasale , the boma chief commented. “Today is a day we will never forget, we are passionate about football and we are honoured that LaLiga has visited our home”.

Besides, the community had recently suffered from the lack of tourists due to the pandemic, and LaLiga wanted to support by providing food for around 80 families including basic needs such as unga, rice, sugar or cooking oil.