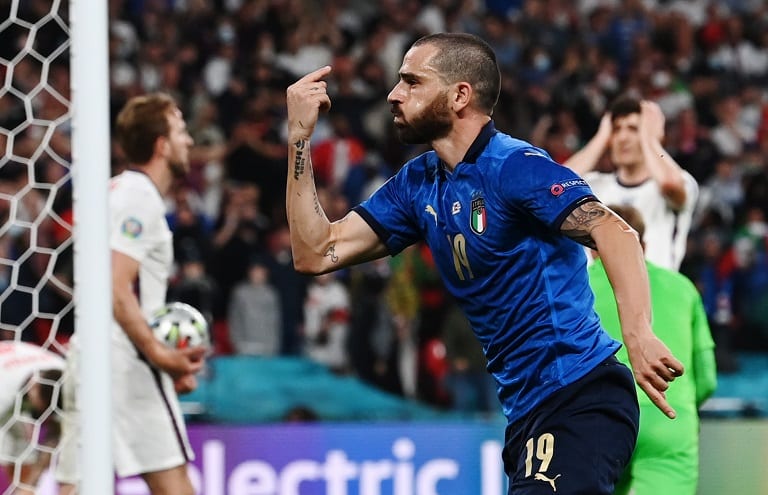 England’s Euro 2020 final defeat by Italy was “incredibly painful” but the players gave “everything they possibly could”, said manager Gareth Southgate.

The Three Lions, appearing in their first major men’s final for 55 years, were agonisingly beaten on penalties following a 1-1 draw after 120 minutes.

“We are all together. They have given the country some unbelievable memories,” Southgate said on BBC One.

Captain Harry Kane said defeat would “hurt for the rest of our careers”.

“We should be extremely proud as a group of what we have achieved,” the Tottenham striker added.

“Penalties is the worst feeling in the world when you lose. It wasn’t our night but it’s been a fantastic tournament and we should hold our heads high.

“It’s going to hurt for a while, but we’re on the right track and we’re building and hopefully we can progress from this next year.”

‘The players should be incredibly proud’

England reached their first men’s European Championship final by topping their group, then defeating Germany, Ukraine and Denmark in the knockout stage.

Luke Shaw gave them a stunning start to the Wembley showpiece by scoring in the second minute, but Leonardo Bonucci levelled in the second half.

They were the only two goals of the game, and Italy edged home 3-2 on penalties as Marcus Rashford hit the post, and Jadon Sancho and Bukayo Saka had efforts saved by Gianluigi Donnarumma.

Southgate said: “Tonight is going to be extremely difficult for all of us, of course. You have to feel that disappointment because the opportunities to win trophies like this are so rare in your life.

“But when they reflect on what they have done, they should be incredibly proud of themselves.

“The players have been an absolute credit. They have given everything they possibly could.

“They have been an absolute joy to work with and they have gone further than we’ve gone for so long. But it is incredibly painful in that dressing room.”

Southgate said the Duke of Cambridge, who is president of the Football Association, had been to see the England players after the game.

“I just said we could have no recriminations. The calls for the penalties were mine,” he added.

“They have done more than any other England team in over 50 years.”

‘Games are decided on fine margins’

Defender Harry Maguire missed the first two games because of an ankle injury but was a mainstay thereafter, being part of a backline that conceded just two goals in the tournament and none from open play.

The Manchester United captain told BBC Sport: “It is hard to take any positives at the moment. We are heartbroken. We are all devastated. The lads gave absolutely everything and emptied our tanks on the pitch.

“It was a ding-dong battle – we had the first half, they had the second, and extra time could have gone either way. It wasn’t our night on penalties. The fine margins went for them, the bounce of the ball. We are disappointed.

“We conceded a wonder strike from a free-kick [against Denmark] and a set-play in which it has ricocheted three or four times and it fell to them.

“Games are decided on fine margins and it was with them tonight, not us.”