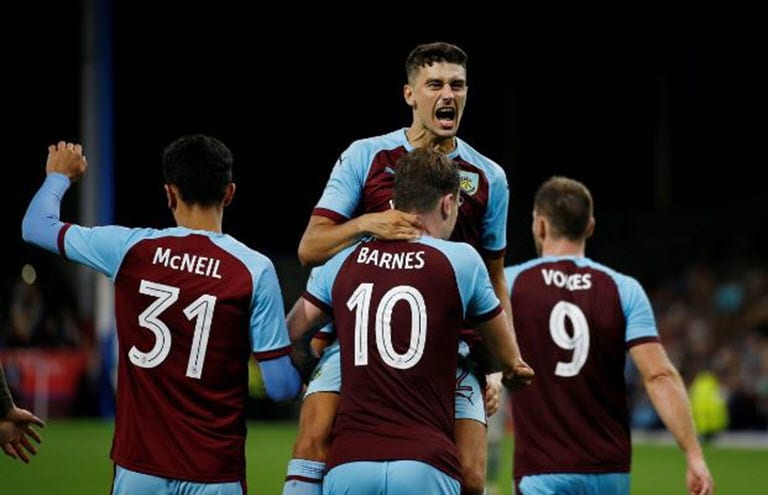 Burnley reached the Europa League third qualifying round with a 3-1 win over Aberdeen after extra time at Turf Moor on Thursday but now face another tough battle to increase their squad size.

The increased chance of an extended European campaign after the 4-2 aggregate victory will put pressure on the club to bring in several new faces before next Thursday’s transfer deadline.

Manager Sean Dyche made clear in his pre-match comments that the club needed to “stretch but not break” their resources to boost a squad that was seventh in the Premier League last term.

Before the game there were unconfirmed media reports of three bids from the Clarets — all of them for players who had previously been linked with the Lancashire side.

West Bromwich Albion striker Jay Rodriguez, born in Burnley and a product of the youth system, has been linked with a return while Swansea City utility man Sam Clucas and Middlesbrough defender Ben Gibson are also reported to be targets.

Burnley were close to signing defender Alfie Mawson from Swansea but he opted to sign for promoted Fulham on Thursday.

Although Burnley receive their share of the Premier League’s lucrative broadcast deals, the club’s owners are local businessmen rather than the ultra-wealthy foreign investors that back many of england’s top flight clubs.

Burnley travel to Turkey to face Istanbul Basaksehir in the next Europa league qualifying round and a victory over the two legs would set up a playoff tie for a spot in the group stage.

With six games in the group stage of Europe’s second-tier competition, Burnley could be facing regular Thursday-Sunday matches as they seek to combine European and domestic duties.

The Clarets took the lead on Thursday through Chris Wood in the sixth minute before a brilliant overhead kick by Aberdeen’s 18-year-old midfielder Lewis Ferguson levelled the scores.

With the tie even at 2-2 on aggregate, the game went into extra time and a header from Jack Cork and an Ashley Barnes penalty secured victory for Burnley, who are playing in Europe again for the first time in 51 years.

“I don’t know if it’s problems, it’s just travelling really, the rest of it is games. If I was a footballer I would be buzzing off it,” said Dyche who declined to comment on the latest reports on the club’s transfer targets.

“We had one player who was done verbally and then it is not done. That is life now. Football has changed. Agreements are not agreements unless they are on paper. There used to be a bit more straightforward conduct many years ago,” he said.

A shoulder injury to Burnley’s England goalkeeper Nick Pope and a calf problem for the club’s other established keeper Tom Heaton raises another potential need for Dyche.

“We are in the market for lots of different people in different positions,” said Dyche when asked if he needed to bring in another keeper.